Shooting at U.S. Capitol was a suicide, police say; lockdown has been lifted 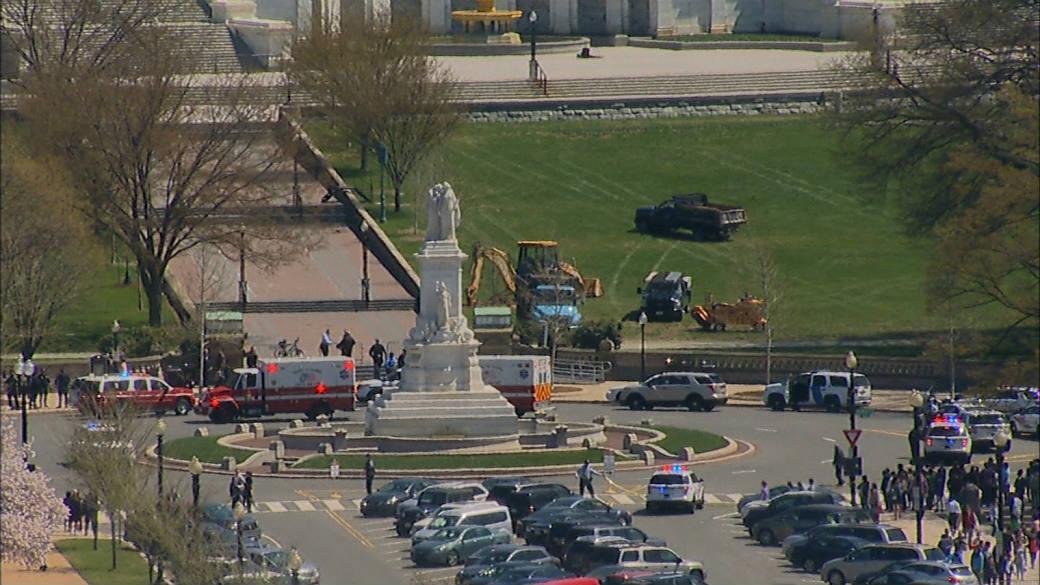 WASHINGTON (CNN) -- A shooting that prompted the lockdown of the U.S. Capitol for several hours Saturday was a suicide and does not have an apparent connection to terrorism, Capitol Police Chief Kim Dine said in a news conference.

An unidentified male walked through a public area on the west front of the Capitol early Saturday afternoon and shot himself, Dine told reporters. Witnesses told CNN dozens of shocked onlookers watched, including some young children.

The unidentified shooter had a backpack and a rolling suitcase that authorities treated as treated suspicious packages, prompting the lockdown as they were investigated, Capitol police said.

The male carried a sign with a message about \"social justice,\" authorities said. A witness, Robert Bishop, told CNN it also said something about taxing the \"1%.\"

Dine said there was \"no nexus to terrorism\" apparent so far in this incident.

The building and the nearby Capitol Visitors Center were locked down, meaning tourists or any staff could not enter or leave the buildings.

The Capitol area was crowded with tourists taking in the Cherry Blossom trees, which are in full bloom along the National Mall.

Members of the Capitol police force, which responded to the scene, did not fire their weapons, Dine said.

After the suspicious packages were examined, the lockdown was lifted about 3:50 p.m. ET and pedestrian traffic was allowed.

Responding to the incident were the Metropolitan Police Department, which is investigating the death, as well as the FBI, Secret Service and Park Police.

Many tourists at the scene were filming at the time and showed their photos and video to investigating law enforcement officers.