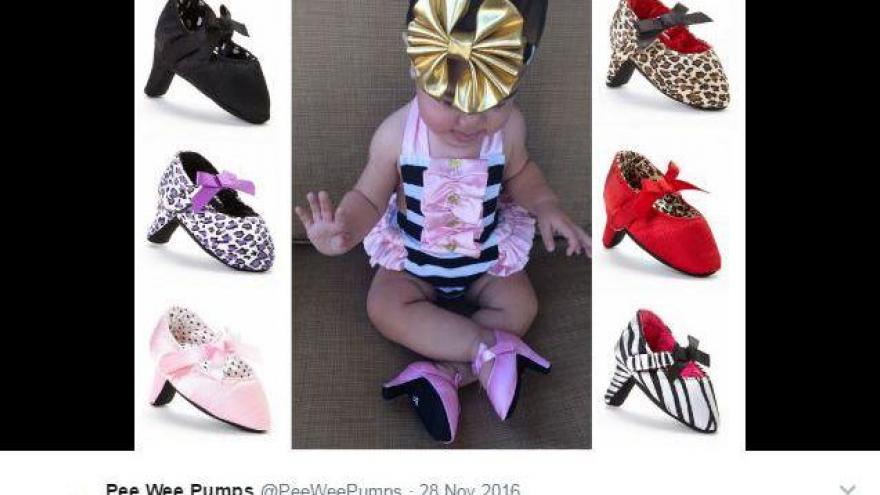 Pee Wee Pumps says babies will be the "belle of the ball" in the shoes.

But the BBC reports people are criticizing the company amid a growing concern at what is seen as the sexualization of children.

Company founder Michele Holbrook says the shoes are intended as a photo prop only and meant to be "funny and cute."

In a post this week on the company's Facebook page, an infant in heels sits on a miniature motorbike with the caption: "This little #Diva, defining cool posing in her #PeeWeePumps."

The image was criticized by a number of the site's users, who suggested it was "wrong" and "disgusting" to portray babies in such a way.

"This is not ok," wrote Melissa Balinski.