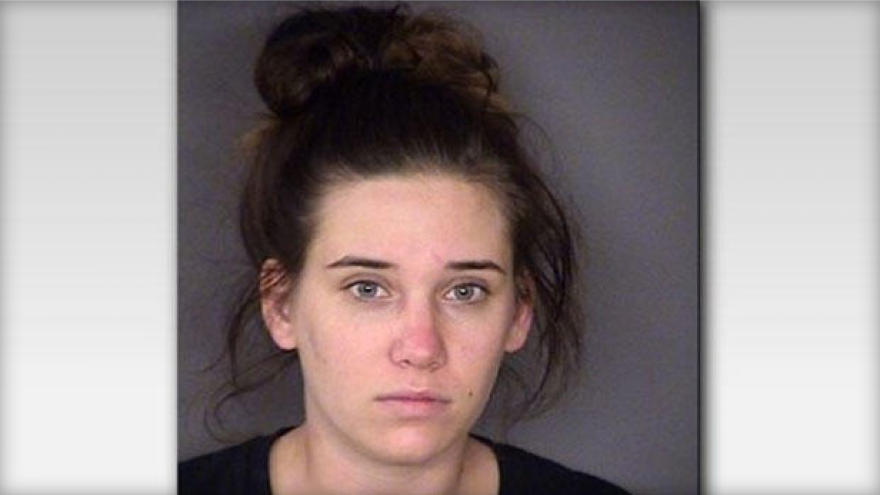 Kerr County Sheriff Rusty Hierholzer says 19-year-old Amanda Hawkins was in a Kerrville home with friends while her two daughters, 1-year-old Brynn Hawkins and 2-year-old Addyson Overgard-Eddy, were outside in the car from Tuesday evening until around noon Wednesday.

Hierholzer told CBS affiliate KENS some witnesses told police they could hear the children crying outside and told Hawkins to bring them in, but "she didn't want to."

"She intentionally left those kids in that car," Hierholzer said.

The sheriff's office says that the investigation began after Hawkins and her 16-year-old male friend showed up at Peterson Regional Medical Center with her two children, who were in grave condition.

Hawkins told hospital personnel that she, the girls, the 16-year-old had been at Flat Rock Lake. She said they had been "smelling flowers" in that area, and that the girls "collapsed" as they were getting ready to leave.

Medical staff at first tried to determine whether the girls had ingested a poisonous flower, Hierholzer said. But he said that after investigating, police determined that the girls had actually been left in their mother's car overnight.

The sheriff's office said Hawkins first took the girls home and attempted to bathe them, waiting about an hour to take them to the hospital for fear of "getting in trouble."

The little girls were and were transported to University Hospital in San Antonio, about 65 miles northwest of Kerrville. Both died around 5 p.m. Thursday.

"This is by far the most horrific case of child endangerment that I have seen in the 37 years that I have been in law enforcement," Hierholzer said in a statement.