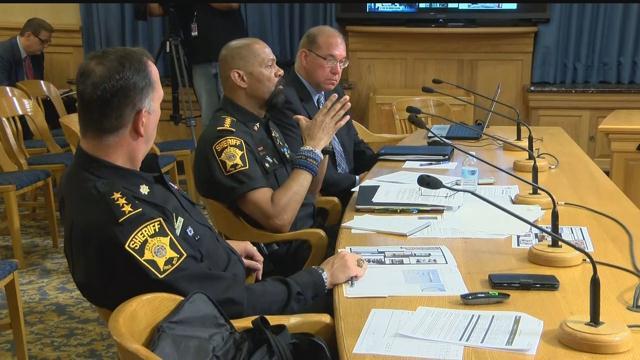 It came as part of a series of meetings between the committee and local leaders, aimed at reducing crime across Milwaukee.

This week, it was Sheriff Clarke's turn.

"I can tell you, I can drive around this city for two hours, and never see a cop."

Alderman were quick to question Clarke's plan of action, which would cost the city $40-million dollars. The Police Department already takes up well over half of Milwaukee's budget.

"There are some strategies that I've proposed, and that have been proposed by Chief Flynn; we don't have enough human resources behind those strategies for them to be very effective," said Clarke.

"Sheriff Clarke managed to make a one hour conversation without one single fact," said Flynn. "If folks can identify a way to pay for 400 officers and do that in a way that's fiscally responsible, I'll never turn down officers."

"For the last few years in both budget requests, I asked for 150 [new deputies]. What did I get? My budget cut."

He says additional deputies and additional officers are the only way the city and county can combat crime.