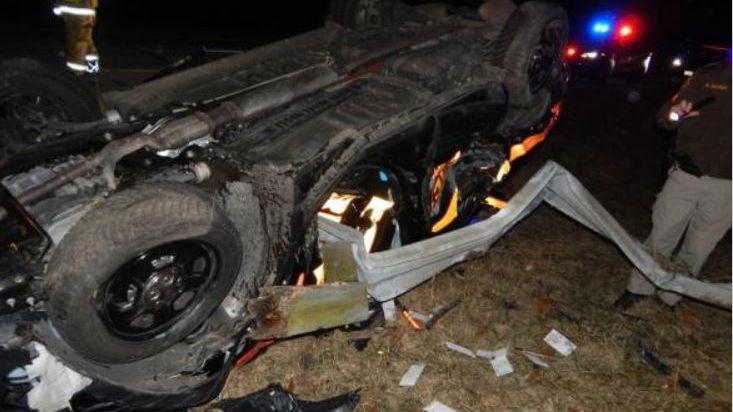 A 44-year-old Luxembourg, WI man rear-ended a Sheboygan County Sheriff's Deputy on I-43 north near Kohler. The crash happened around 1:43 AM on Friday, December 9.

The driver told police he was distracted with a dog in his vehicle with the cruise control set at 75 mph in a 70 mph zone and he looked up right before colliding with the Sheriff's Deputy.

The Deputy says she was traveling north at 60 mph when she noticed headlights quickly approaching just before impact. The crash caused the squad car to hit a guardrail and then rollover onto its roof. The Deputy was trapped upside down for several minutes but was able to free herself with the help of the driver that hit her.

Neither driver was injured in the crash.

A witness of the incident told law enforcement that the driver who caused the accident passed him at 90 mph in Port Washington.

Drugs or alcohol do not appear to play a role in the crash.