Sheboygan Man Arrested After Posting About School Shootings On Facebook 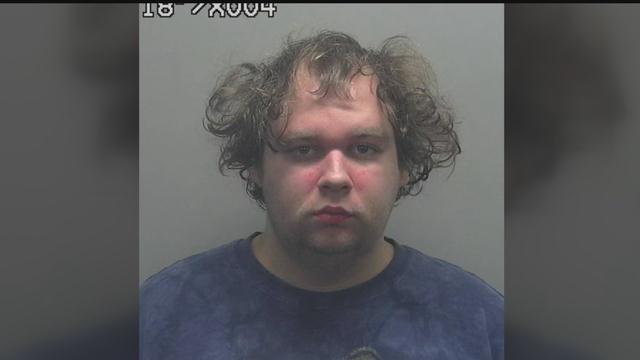 A Sheboygan man has been arrested, facing a charge of terrorist threats after posting about shootings in Sheboygan schools. The charge he faces is a felony.

According to the criminal complaint, it starred with a series of threatening Facebook posts made by Joshua Bagemehl and ended with police finding an assault rifle and a plans for a "hostile takeover" in his home.

According to court documents, it was these public facebook posts from Joshua Bagemehl that led a tipster to call Sheboygan police.

Starting Dec 10th reading in part, "So I might be buying a AR-15...just waiting on the background check."

And on Dec 12th, a post including two pictures of a gun in its case.

Sheboygan police were familiar with Bagemehl as his mother had told them nearly one year ago her son was schizophrenic and bipolar.

They got a search warrant and found that assault style rifle as well as ammunition, gear and handwritten noted about committing crimes & making weapons in his home.

Police also found video of ISIS beheadings, drive by shootings, school shootings; videos Bagemehl says he watches when he gets the urge to shoot people that "relieves his stress so he doesn't do that."

Bagemehl was arrested without incident, telling police he "might" have been off his meds when he made the posts and was just trying to get a reaction but also said that it "would be funny" if someone did a school shooting in Sheboygan.