Sheboygan County has 3,000+ Available Jobs, So What Gives? 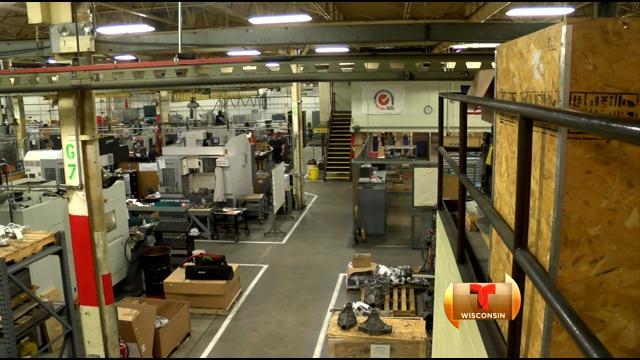 If you're looking for a new career, you might want to look at Sheboygan County.

As of Sunday night, the county had 3,271 jobs available. Many start with a base pay of over $14 an hour, so what gives?

The county has an unemployment rate of 3.6%, among the lowest in the state.

It's an unusual issue the region has been facing for a couple of years, boiling down to a lack of available housing. As businesses continue to expand, the population has remained stagnant, and so has the housing market.

"A couple of years ago, a bunch of employers came to us and said we're trying to relocate people to the area, but they have no place to live," says Checolinski.

The county and city of Sheboygan have been focusing on residential development as a way to attract workers to the area.

"We have 260 apartments going in this summer at a value of $37-Million," says City Planning and Development Director Chad Pelishek. "That's huge for a community of 50,000 people."

At Nemak, Tom Bair says they have over 40 jobs available, some that pay well over $20 an hour.

"It's a slow process getting technical talent to locate to Sheboygan," he says.

Checolinski says hourly wages like that are easy to find.

"These jobs typically pay $14, $15, $16 an hour plus. Some of our cheese companies are even in the rates of $17 dollars an hour starting, and require little to no previous experience," says Checolinski.

The county has also launched a new campaign called "Someplace Better", hoping to convince families to move to the area. They're hoping to have over 300 new housing units on the market by the end of this year.

"A lot of people say to me, I've driven be Sheboygan on the interstate, but I've never gotten off, and when I got off I can't believe what I saw," says Pelishek. "I hear that day after day, so it's about letting everyone in the region know what we're about."