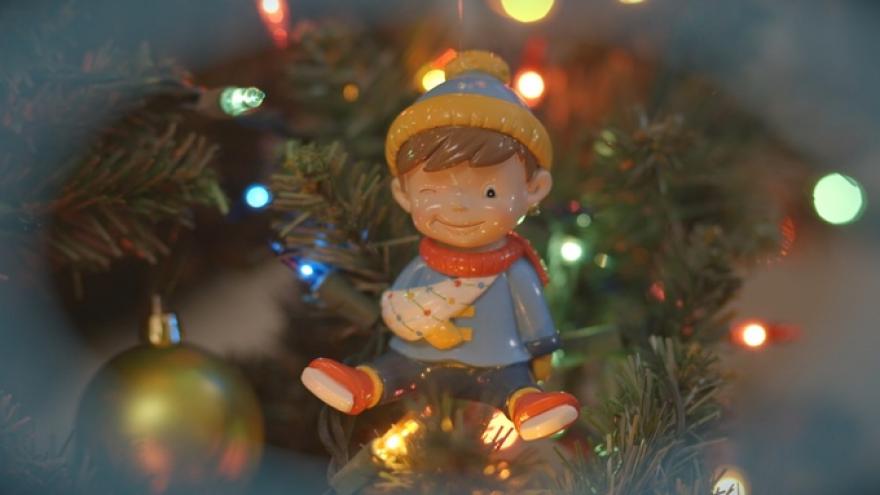 Todd Zimmermann, the creator/author of "Oliver the Ornament" who prospers over bullies is making time for cheese as he criss-crosses the Midwest on a kindness and book-signing tour.

Next up is the famous and newly renovated Mars Cheese Castle. 2800 West Frontage Road in Kenosha on Sunday, December 10th from 2-4 p.m.

The Sheboygan native with have a meet and greet customers. There will also be an Oliver-themed scavenger hunt. An elf by the name of Santa will also be on hand for the festivities.

Oliver the Ornament, one of People magazine’s 2016 best books of the year, is the story of Christmas ornament who is bullied by some of his friends but with the help of others, overcomes challenge and wins over the meanies with a display of kindness. The story is the central piece of the Days of Kindness program that is taking Zimmermann all over the Midwest and inspiring hundreds of teachers across the country to use it, too.

A recent study claims only 25% of Americans believe in a kind society.

Oliver's kindness tour is designed to increase that percentage.

“Every ornament tells a story, and I can’t think of a better time for the world to hear Oliver’s story,” Zimmermann tells CBS 58 News.

Zimmermann has already scheduled dozens of appearances in six states at locations such as children’s hospitals, stores and schools. He will donate up to 1,000 books to teachers who use his free Days of Kindness classroom materials this year.

“It’s always so uplifting to see children respond to Oliver,” Zimmermann said, adding that he will add events as he can. “We’re getting tons of pledges from little ones who say they’re going to be kind like Oliver not just this month, but all year long. It’s adorable.”

Store owners are saying the Oliver will be the next big thing in Christmas. Zimmermann attributes the appeal to the fact that most American have a deep, emotional attachment to their Christmas ornaments. Nearly 80 percent of American households decorate at least one tree each holiday season.

To see our earlier story on Oliver and Todd click here