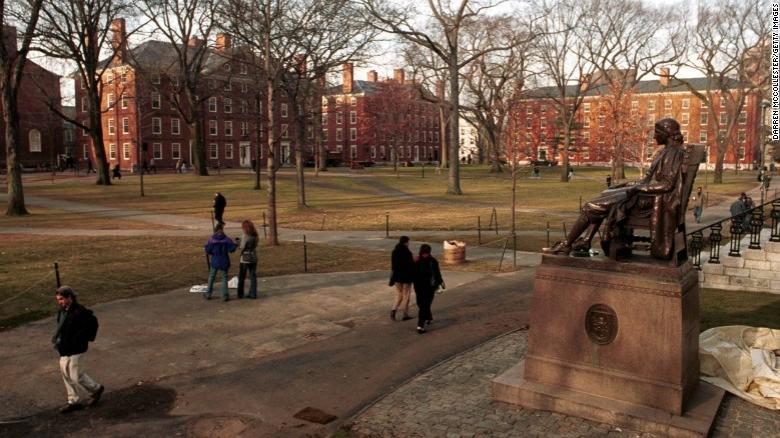 (CNN) -- A sexist tradition has cost the Harvard men's soccer team the rest of the season.

Harvard University canceled the remainder of the 2016 men's soccer season following an investigation into reports of a custom of ranking woman's soccer players' physical attributes in the lewdest of terms, university officials said.

The "scouting report" evaluated freshmen women soccer players on their looks and sex appeal with numerical scores and offensive descriptions, according to a Harvard Crimson report about the discovery of such a document from 2012.

But the "appalling actions" were not isolated to 2012, Harvard President Drew Faust said.

The report prompted a university investigation which found that the practice was "widespread across the team" and continued into the 2016 season, Harvard Athletics Director Bob Scalise said in an email to student athletes.

Current students "were not immediately forthcoming about their involvement," he added, leading to the decision to forfeit remaining games.

Harvard has 'zero tolerance' for such behavior

Harvard was scheduled to play two more regular season games. The team now will forfeit them and "decline any opportunity to achieve an Ivy League championship or to participate in the NCAA Tournament this year," Scalise wrote.

"We strongly believe that this immediate and significant action is absolutely necessary if we are to create an environment of mutual support, respect, and trust among our students and our teams," he added.

Going forward, Harvard Athletics will partner with the Office of Sexual Assault Prevention and Response and other Harvard College resources to educate all student-athletes on "the seriousness of these behaviors and the general standard of respect and conduct that is expected," he said.

"Harvard Athletics has zero tolerance for this type of behavior."

Faust said in a statement that she fully supported the decision to end the season.

"The decision to cancel a season is serious and consequential, and reflects Harvard's view that both the team's behavior and the failure to be forthcoming when initially questioned are completely unacceptable, have no place at Harvard, and run counter to the mutual respect that is a core value of our community," she wrote.

Some of the women described in the 2012 report broke their silence in a Crimson op-ed. Kelsey Clayman, Brooke Dickens, Alika Keene, Emily Mosbacher, Lauren Varela and Haley Washburn said they were "beyond hurt" to learn that men they considered close friends treated them in such a way -- but, ultimately, not surprised.

"The sad reality is that we have come to expect this kind of behavior from so many men, that it is so 'normal' to us we often decide it is not worth our time or effort to dwell on," they wrote.

"In all, we do not pity ourselves, nor do we ache most because of the personal nature of this attack. More than anything, we are frustrated that this is a reality that all women have faced in the past and will continue to face throughout their lives. We feel hopeless because men who are supposed to be our brothers degrade us like this."

They said they had seen the documents but knew better than to let "the judgment of a few men" determine their worth -- thanks in large part to their training at Harvard.

"We know what it's like to get knocked down. To lose a few battles. To sweat, to cry, to bleed. To fight so hard, yet no matter what we do, the game is still out of our hands. And, even still, we keep fighting; for ourselves, yes, but above all for our teammates. This document might have stung any other group of women you chose to target, but not us," they wrote.

"'Locker room talk'" is not an excuse because this is not limited to athletic teams. The whole world is the locker room. Yet in it we feel blessed to know many men who do not and would never participate in this behavior out of respect for us—out of respect for women. To them we are grateful, and with them we strive to share a mutual respect through our own actions and words."

Correction: An earlier version of this story incorrectly identified Harvard President Drew Faust as a man.