Sex trafficking victim teaches you how to spot the signs 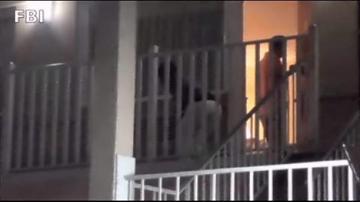 MILWAUKEE-- An alarming, 79% of the state's reported sex trafficking cases, come from inside the City of Milwaukee.

Laura Johnson has seen the horrible crimes that one human can commit on another.

Johnson says, \"I thought he was my boyfriend and he later took me to Chicago.\"

She was trafficked from age 14 to 17, taken from the East Side of Milwaukee.

She was sold to men all over, online.

\"Back then it was craigslist and now it's backpage, back then he'd place an ad and take pictures of my body parts and place them online.\"

Advocate Tammi McGowan says there are ways you can spot this pattern. First look for a change in young girls clothes and behavior.

McGowan says, \"If they didn't have it yesterday but now they have their hair done and nails done.\"

The girl may be shy, a loner, have issues at home, and an older boyfriend.

The city itself is a high risk community because of its location between Chicago and Minneapolis, with a lot of festivals, tourism, and conventions throughout the year.

McGowan says, \"The movement is constant, especially in the summertime because there is a lot of traffic.\"

Look for homes that have people coming and going, but the women inside never leave. Doors that are locked on the outside, and cars where women all travel together.