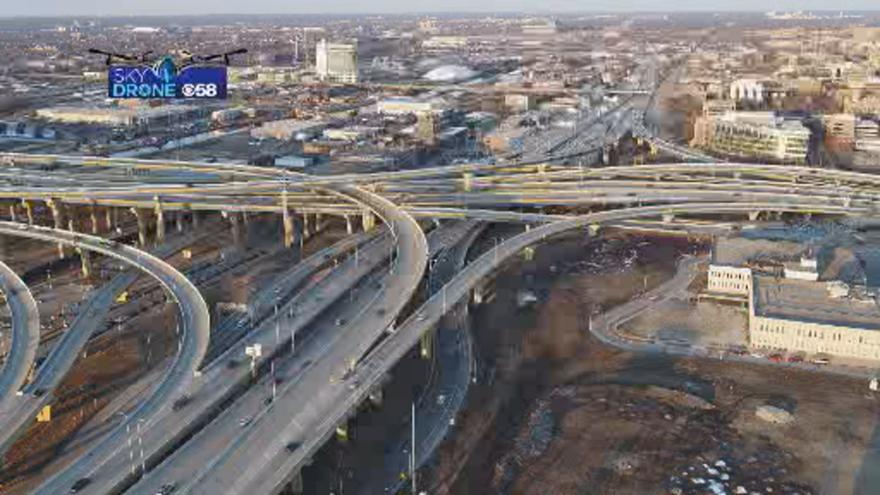 The Valley Bridge was initially constructed in 1967 and the concrete deck was replaced between 1988 and 1989. The decks were widened as part of the Marquette Interchange Project completed in 2008. The southern portion of the bridge was overlaid in 2013. This project will overlay the northern section at the junction of the Marquette Interchange fly over ramps to complete the planned maintenance of the structure.

During these closures there will be several detours that will be available to drivers, the Hoan Bridge being one of them.  As with most changes be sure to plan on extra time if you use these routes for either of your commutes. Be sure to follow @ABrovelli and watch the CBS 58 Morning News for the latest on the Marquette/ Valley Bridge Project and other construction projects throughout southeastern WI.