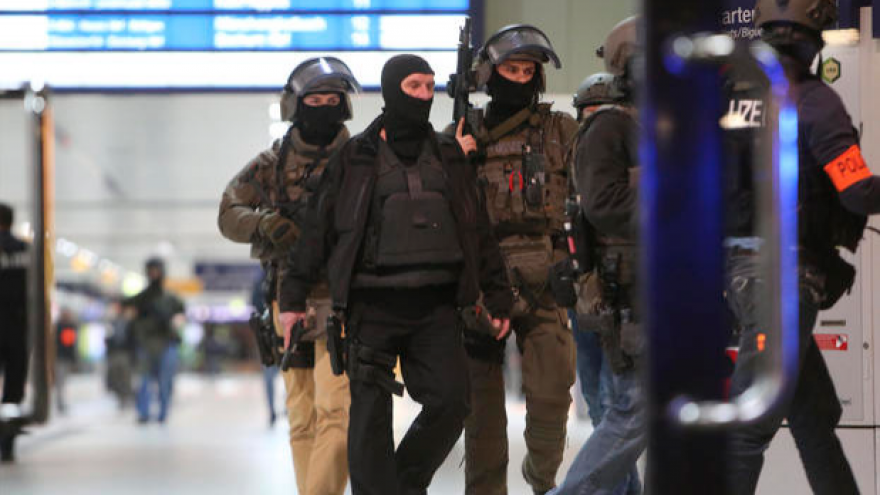 German police said there was a single perpetrator, who is severely injured in a hospital. The perpetrator has not been identified.

Of the five people who were injured in the attack, one of them is in life-threatening condition, police said.

The motivation for the attack is unclear, CBS News correspondent Mark Phillips reported from London. No fatalities were reported.

Earlier, a spokesman for federal police, who are usually in charge of policing train stations, had said two people were arrested and further attackers might be on the run.

A spokeswoman for Duesseldorf police Anja Kynast said officers are searching the station and its surroundings, but that they do not have concrete information about further attackers at this stage.