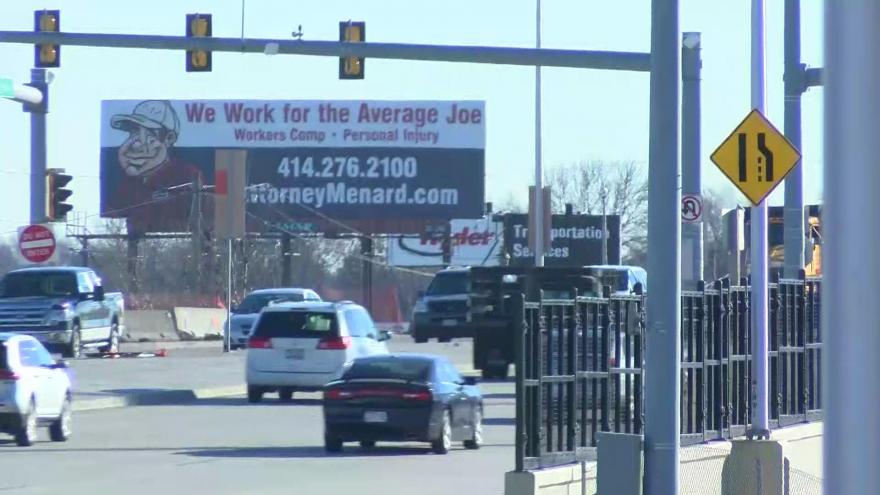 MILWAUKEE - Several groups in Milwaukee want to stop the I-94 Expansion Project. They filed a lawsuit yesterday.

CBS 58 spoke to the lawyer representing these groups about why they're against the project.

The NAACP, The Milwaukee Inner-City Congregations Allied For Hope, and the local chapter of the Sierra Club are hoping to stop a 1.1 billion dollar expansion along 3 and a half miles of I-94 East-West.

"Traffic on the interstate is congested and packed."

"It really does delay your commute both ways up the interstate."

That's how the drivers we talked to described the east-west portion of I-94.

Officials say an expansion and rebuild will alleviate some of those headaches but that funding is currently tied up in the governor's budget.

Now, environmental and civil rights groups have filed a lawsuit against the state claiming they want less money spent on highways and more on transit.

"The bus system is disproportionately used by people of color,low-income people, and people with disabilities. So, this imbalance in funding raises civil rights and environmental justice issues," said Attorney Dennis Grzezinski.

"It would take less than 400 million dollars to rebuild, reconstruct, the interstate as it is," Grzezinski said.

A similar lawsuit was filed against the zoo interchange project in 2012. The ACLU won a 13.5 million dollar settlement to extend current bus lines.