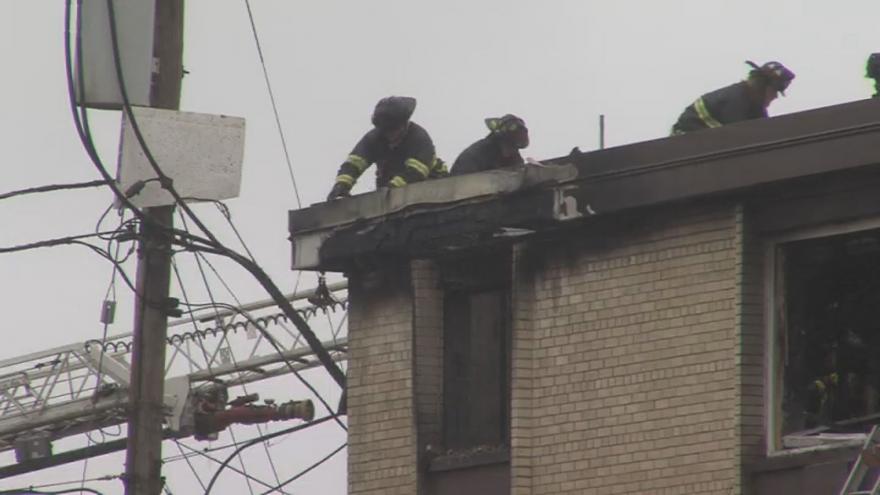 Seven people were taken to the hospital today following a fire in a south side apartment building.   According to the Milwaukee Fire Department, the seven are being treated for minor smoke inhalation.

The fire was reported around 11:45 AM in an apartment building at S 43rd Street and W Arthur Court.   According to the MFD, the fire was confined to one apartment.   Damage to the apartment is considered extensive.   According to the report,  a number of neighboring partments received water damage and there was smoke damage throughout most of the building.   Fire fighters also needed to cut a hole in the roof to gain access to fight the fire.