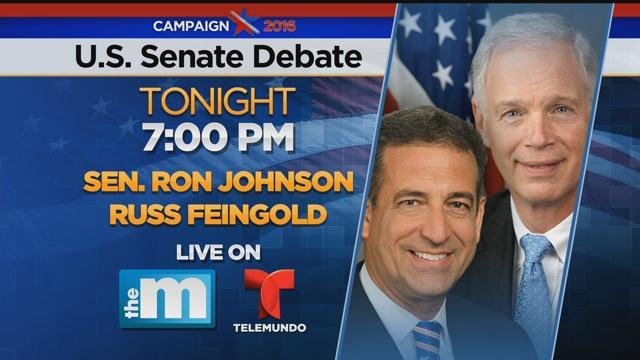 A crucial televised debate will happen tonight that might swing the pendulum in a tight senate race between Republican incumbent Ron Johnson and Democrat Russ Feingold.

Our David Ade is live in Green Bay tonight.

Ron Johnson is closing the gap in the Marquette Law School poll.

Johnson is now within two points of former Senator Russ Feingold that is within the margin of error.

Feingold has been working to seize on the Donald Trump sexual assault scandal and has taken to twitter to criticize Johnson for supporting the Republican presidential nominee.