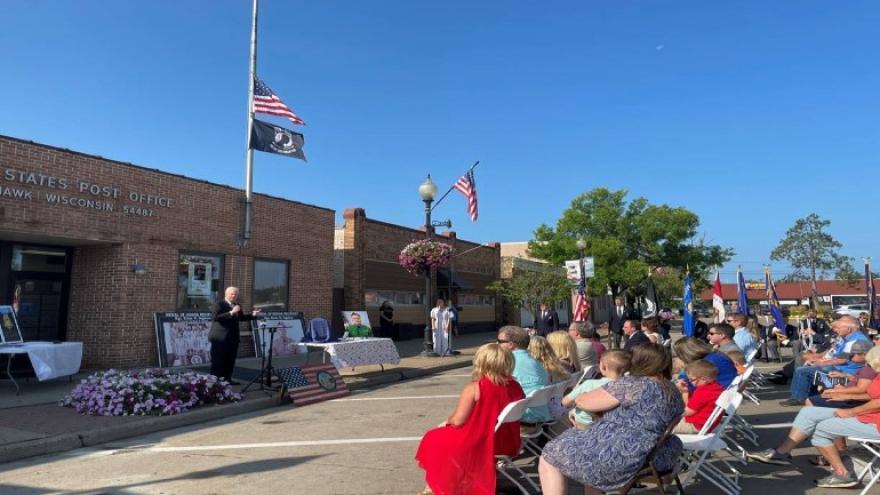 Officials said "Sarge" is a true American hero. During his service in the Korean War, he was awarded the Medal of Honor, the highest military honor in the country.

After recovering from serious injuries, Sarge was discharged from the U.S. Army an d returned to Tomahawk where he lived until his passing in 2015 at the age of 85, officials say.

According to a news statement, Sarge is a veteran whose single-handed destruction of two machine guns nets near Maltari in 1951 allowed his squad to secure its objective. Officials say in 1951, President Truman awarded him with the Medal of Honor for his actions. He also was recognized with two Purple Hearts, three Bronze Stars and various other recognitions.

"Renaming the post office in his hometown is a fitting tribute to a man whose service and story will forever inspire future generations," Senator Johnson said.

“It is one of my most greatest duties as a lawmaker to support and sponsor legislation that creates lasting legacies for great servicemen, like Einar H. Ingman, Jr. During his service in the Korean War, Ingman showed remarkable strength and courage and went above and beyond the call of duty. It is my honor to hold this ceremony to rename the Tomahawk Post Office after a true American hero," Congressman Tiffany said.