Sen. John McCain to run for sixth term in Senate 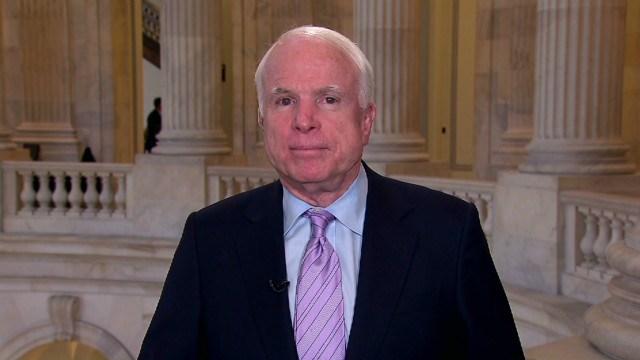 Republican Sen. John McCain is running for reelection in 2016, vying for a sixth term in the Senate.

\"I have decided to run for reelection,\" McCain told NBC News in an interview Monday.

McCain will announce his plans to run for reelection Tuesday at an event in his state of Arizona, a Republican operative briefed on the plan told CNN.

The 78-year-old senator, who will be 80 by Election Day 2016, downplayed concerns about his age, assuring voters that he still has the energy and the fight to be an effective senator.

\"I say watch me. Take a look. Take a look at my 18-hour days. Take a look at the hearings we have. Take a look at my legislative accomplishments. Listen, I'm just getting started,\" McCain said in the interview. \"I think I have the knowledge and the background to help this nation through very perilous times and I believe I can still contribute in the many ways to the welfare and benefit of my state.\"

McCain, the recently-named chairman of the Armed Services Committee, has been one of the most vocal critics of President Barack Obama's foreign policy -- advocating for more aggressive intervention in Iraq and Syria to combat ISIS, and in Ukraine, to help the government fend off Russian-backed rebels.

But McCain is expected to face a tough primary challenge from the right -- not the first time tea party activists have targeted the Republican senator they view as too moderate.

McCain worked hard in recent election cycles to oust antagonists and bolster allies' candidacies for posts across the state -- a move that could help him with his reelection efforts in 2016. But hardline conservatives in Arizona and outside the state are still determined to push McCain out of office and have already begun mounting an effort to draft a conservative candidate to stand against McCain -- Rep. Matt Salmon has been rumored as a potential contender.

But McCain's extensive donor network, seniority in the Senate and tough-nailed campaigning is sure to leave no opponent unscathed.

\"I have to convince the voters all over again of Arizona, but I will stand on my record. But more so, I will stand on what I can do for Arizona and the nation,\" McCain said in the NBC interview.