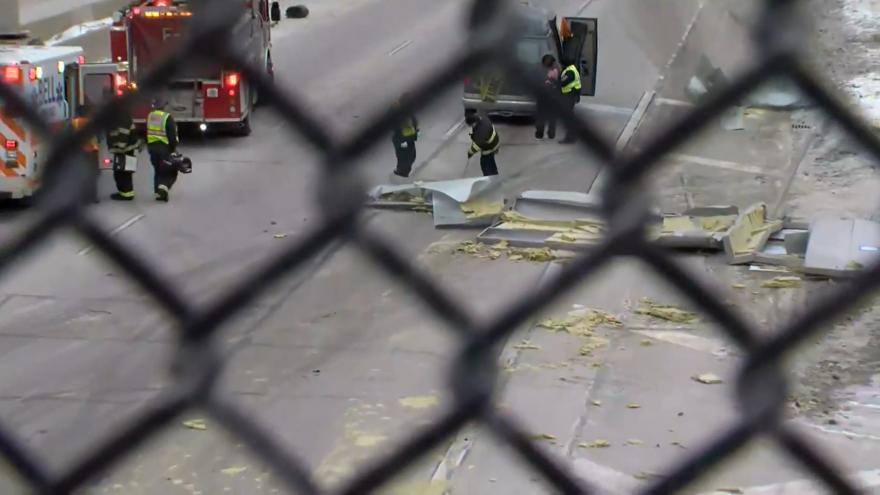 MILWAUKEE (CBS 58) -- A semi driver was cited after crashing into an overpass on I-43 near Lincoln Avenue, which caused a full closure of the northbound lanes of the freeway Wednesday morning, Nov. 13.

The Milwaukee County Sheriff's Office responded to the scene just after 6:30 a.m.

The MCSO says the semi-tractor was hauling a large, oversized containment unit when it struck the overpass. Large pieces of metal and other debris was left scattered across all three lanes of traffic.

Two people inside the semi-tractor's safety vehicle, following the semi, were treated at the scene for non-life threatening injuries.

The driver of the semi was cited for the following:

The scene was cleared just before 11 a.m., and the freeway re-opened.