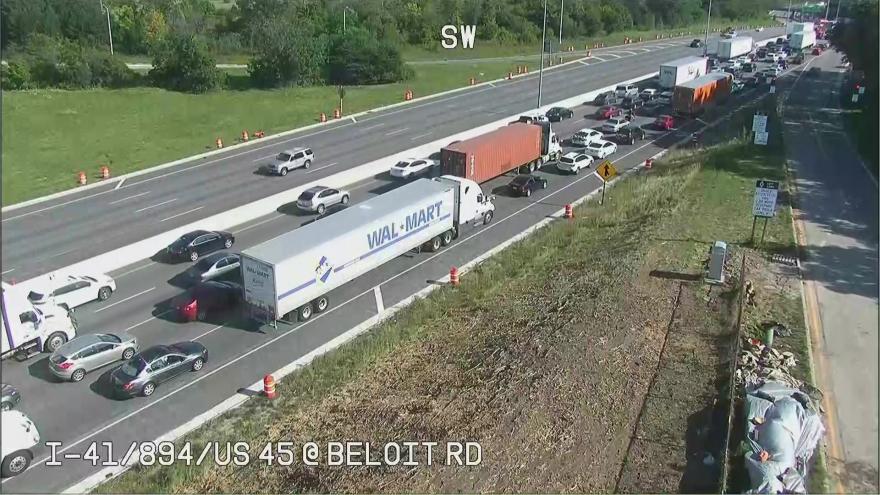 MILWAUKEE COUNTY, Wis. (CBS 58) -- A semi driver has been arrested after a crash on I-894 in the Hale Interchange.

According to the Milwaukee County Sheriff's Office, the full-size semi truck rear-ended two cars, which had been slowing down due to traffic congestion.

Two occupants of the first vehicle -- a 12-year-old child and the child's mother -- were injured and taken to a local hospital.

The occupant of the second vehicle was also injured but refused medical attention at the scene.

The semi driver was taken into custody.

According to the Sheriff's Office, he was operating a Commercial Motor Vehicle without a CDL.

At the time of the crash, he had been taken out of service that day at 11:58 a.m. during an inspection by a Wisconsin State Patrol Inspector.

He was arrested for Operating Without a CDL, and Operating While Under an Out of Service Order.