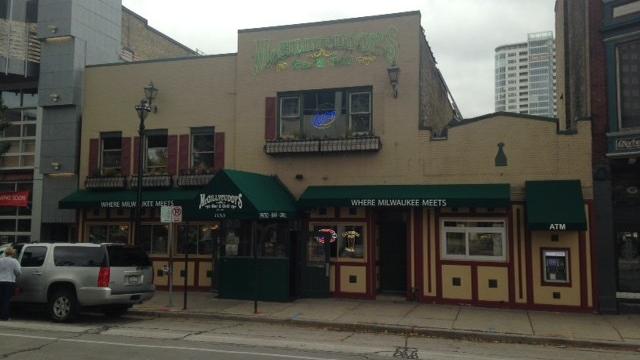 A security guard was stabbed at a bar in downtown Milwaukee early Saturday morning.

Milwaukee Police were called to McGillycuddy's Bar and Grill on Water Street around 1:30 a.m.

Police said that the security guard was removing three men and woman from the bar for being disorderly.

That's when one of the men pulled out a knife and stabbed the security guard in the stomach.

The security guard was taken to Froedtert Hospital for treatment of his injuries which are believed to be non life threatening.

The man with the knife was arrested and his girlfriend was cited for disorderly conduct.