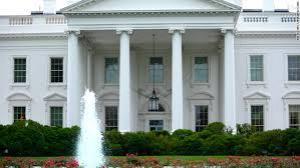 (CNN) A Secret Service officer assigned to the White House was arrested after he was caught in a sting sending naked pictures of himself to someone he thought was a 14-year-old girl from Delaware, according to a criminal complaint unsealed Thursday.

Lee Robert Moore turned himself in to the Maryland State Police Barracks on Monday, the same day the complaint was filed against him in the U.S. District Court for Delaware.

The complaint details a series of online chats between Moore, 37, and a Delaware State Police detective posing as a 14-year-old girl from Delaware. Moore is alleged to have sent naked photos of himself to the undercover officer and requested to meet in person to have sex.

When he turned himself in, Moore waived his Miranda rights, according to the complaint, and agreed to an interview with law enforcement. In the interview, he said that he sent some messages while on the job at the White House and admitted to sending messages to what he believed was an underaged girl and other underage girls on a mobile messaging service.

Moore was charged with the attempted transfer of obscene material to a minor, which carries a sentence of up to 10 years. It was not immediately clear if Moore had an attorney.

A Secret Service spokeswoman said the incident was first reported to the agency last Friday and the agency took action.

A Delaware State Police detective created an account on Meet24 -- a messaging service that lets users "Feel the taste of love" according to the company's website -- on August 24. The officer posed as a 14-year-old girl from the Hazlett, Delaware area.

Later that day, the officer received a chat from Moore. The two chatted some and then moved to Kik, another messaging service that lets users exchange photos and videos online.

On August 26, Moore asked to meet the alleged girl in person and requested that she wear a skirt. The two did not meet in person, however.

On August 31, Moore chatted again with the undercover agent and asked about sexual experiences.

"May seem like a small thing in the grand scheme, but I would take immense pleasure in pulling those shorts off your hips and down your cute little legs. Be exciting to try I mean id be nervous but still be fun. Just wouldn't want to bore u," Moore wrote in the exchange, which was included in the complaint. He then began asking about sex and became more graphic.

On September 1, Moore reached out to the officer again via Meet24. Moore said he had deleted his Kik account to be safe, "do you know how many fake female profiles are out there, a guy needs some reassurance that he is talking to who he thinks he is talking to, and not, I shudder to think."

On September 24, a second Delaware State Trooper, who is a woman, took over the online role of the 14-year-old girl. During their chat, Moore asked the second undercover officer to send a video. She "sent a video of herself, which appears to depict a teenage female holding a small cat near her face," according to the complaint. Moore then states that he was "sitting in the break room" and had another five minutes before he had to "go relieve someone else to go on break."

The complaint comes after a series of high-profile controversies for the Secret Service.

Julia Pierson, the Secret Service's first female director, resigned in October 2014, shortly after a man with a knife jumped the fence at the White House and made it deep into the mansion before being caught.