Seattle Fish Market May Be Source of Flesh-Eating Bacteria 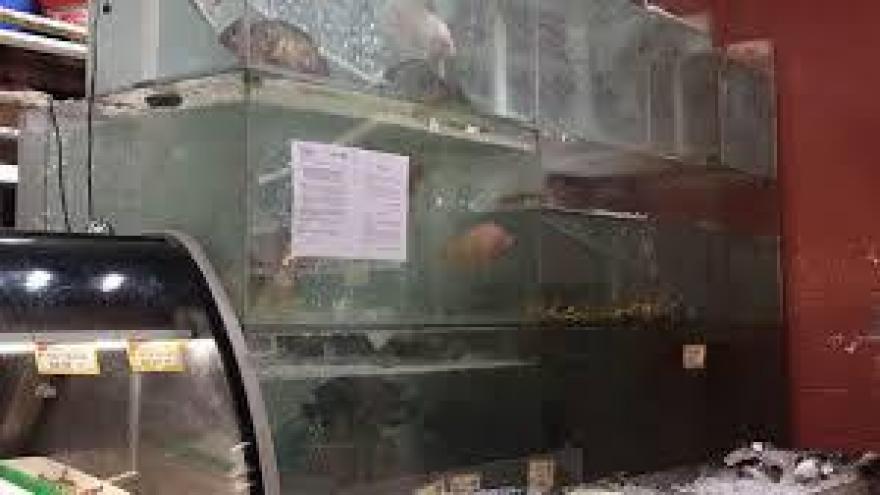 (CBSNews) SEATTLE -- A fish from a Bellevue market may be the source of a rare and deadly bacterial infection that sickened a Western Washington woman, according to investigators from Public Health – Seattle and King County, CBS affiliate KIRO reports.

The likely source of infection was tilapia fish purchased from the Asian Food Center.

Called Vibrio vulnificus, the bacteria’s symptoms range from vomiting and diarrhea to skin ulcers and swelling. It can cause fatal blood stream infections.

King County Public Health told KIRO 7 News that it can cause severe necrotizing wounds, which are referred to by some as flesh-eating.

The person who developed the infection did not suffer from necrotizing wounds, but she was hospitalized.

She was preparing the tilapia fish and cut her finger, which allowed the bacteria from the fish to enter and infect the wound.

The woman, in her fifties, is now resting at home.

“Persons who prepared or consumed fish of any kind from this location should contact their healthcare provider if they develop signs of skin infection, fever, chills, or diarrhea in the seven days after contact with the fish,” said Dr. Jeff Duchin, health officer for Public Health – Seattle & King County.

“At this time, there is no known risk for people who have not been in contact with fish from this location, but people should always take precautions when handling raw seafood.”

Public Health – Seattle & King County is testing samples of the fish and fish tanks at the Asian Food Center. The investigation focuses on tilapia, but they are also looking into the possibility that other seafood may have been contaminated. All tilapia and other fish processed at the Bellevue Asian Food Center were disposed of and the tanks and other equipment were decommissioned until they can be thoroughly cleaned and disinfected.