Seasoned Podcaster, 6, Sharing His Curiosity for Science With the World 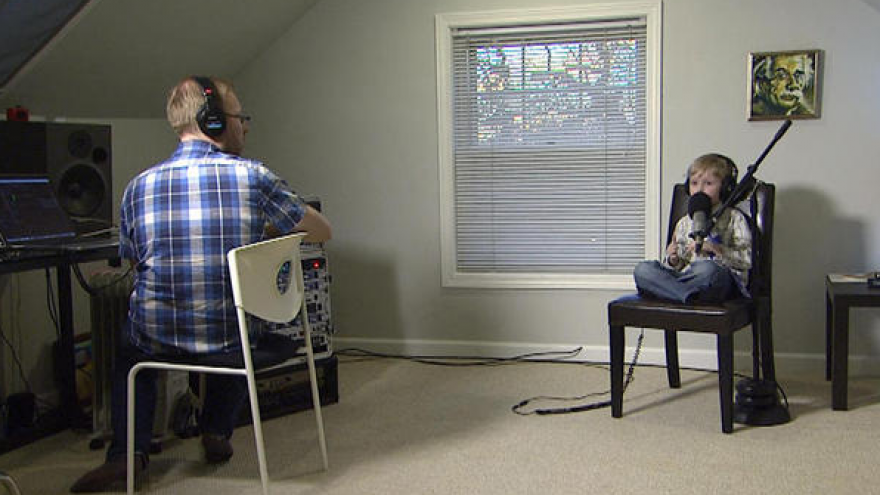 WILMETTE, Ill. (CBS)-- Nate Butkus brings a wide-eyed wonderment to science class that only a 6-year-old can. But his interest in learning  doesn't stop in the classroom, reports CBS News' Dean Reynolds.

About once a month, from an attic studio in his home, Nate records a podcast called \"The Show About Science.\" It features eminent brains from around the world of science fielding questions on a range of topics. A wide range.

\"What do you know about cheese mites?\" Nate asked a guest.

He started podcasting when he was 5.

\"You're 6 years old and you're talking to people at Harvard,\" Reynolds said.

That curiosity led him to pose an unexpected question to a recent guest: \"What does it smell like in there when you pump an alligator's stomach?\"

This kind of inspired give and take even landed him an appearance on \"Ellen.\"

Nate's dad Eric is a digital media producer of podcasts for the Journal of the American Medical Association. After watching how it's done, Nate got the bug.

Nate is a bit surprised he has a hit on his hands.

\"I just thought I would teach people about science. I didn't know I would turn into, like, a journalist and a reporter,\" he said.

At the end of an episode earlier this month, Nate signed off saying, \"So there you have it folks, 'The Show About Science' is complete.\"

And yet it looks like Nate is just getting started.