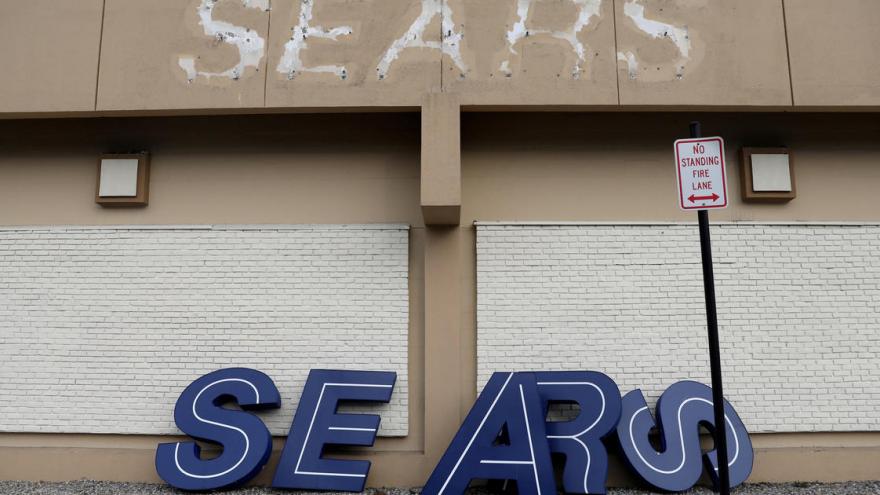 The judge who will determine whether to approve Lampert's bid for the retailer, which the billionaire investor still chairs, is hearing from creditors who oppose the deal. That includes the government entity that guarantees pensions when an insured plan closes without enough money to cover benefits.

The Pension Benefit Guaranty Corp., or PBGC, filed a lawsuit Friday seeking to take over the retailer's two pension plans, which cover 90,000 people. The plans are underfunded by an estimated $1.4 billion, according to the agency.

Lampert and his hedge fund, ESL Investment, seem willing to relinquish the liability, as they made clear in a court filing on Friday. ESL's business plan would have Sears emerging from bankruptcy in better fiscal shape because it will no longer be shouldering about $4 billion in debt and pension obligations, the hedge fund stated.

The PBGC represents a potential hurdle to Lampert's proposal because under his watch Sears entered arrangements that gave the agency liens on assets that ESL wants to void.

ESL's future business plan "essentially allows for them to terminate three stores per month, and based on the court testimony, it's unclear what will happen to those employees," said Alix Brozman, a legal analyst at Reorg, a provider of financial and legal information. "The judge is very focused on what happens to the remaining employees at the company, and the public is as well," said the analyst.

"Eddie Lampert pitched his bid as him being a savior stepping in and saving 45,000 jobs, but as things become more clear, that is not entirely accurate."

ESL reiterated that its offer is the sole "long-term opportunity to save and create jobs," a spokesperson emailed. "We intend for the new company to operate as many Sears and Kmart stores as reasonably possible, including new smaller stores that emphasize our stronger capabilities. Continuing to operate a meaningful network of stores is essential to achieving our goal of returning Sears to profitability."

On Thursday, the bankruptcy court is expected to hear additional testimony about the business plan. "There are so many outcomes that could happen, bankruptcy is such an ongoing state of negotiation," said Brozman.

A push for severance

The judge is also being asked to meet with a group of current and former Sears and Kmart workers who hope to push for concessions from the retailer. Organized through the labor group Rise Up Retail, workers in a letter called on the judge to protect their interests with steps including severance for those who've been laid off.

Sears could have regained its feet up until 2005, after five years of being poorly run by Alan Lacy, whose crowning act was turning it over to Lampert, said Mark Cohen, the former CEO and chairman of Sears Canada and current director of retail studies at Columbia University's business school.

In Cohen's view, Lacy is the real villain in the once mighty retailer's demise, while Lampert is "just a financial pirate."

As things stand, the judge will determine whether Sears liquidates its remaining 425 stores immediately or the process is drawn out another year or so as Lampert continues a 13-year reign of stripping Sears of its assets, said Cohen.

Creditors have so far refused to agree to Lampert's demand that he and ESL be held harmless from future litigation, another potential stumbling block in the process.

"He's as guilty as you can get," said Cohen, "but maybe not in a court of law, and that's the difference."