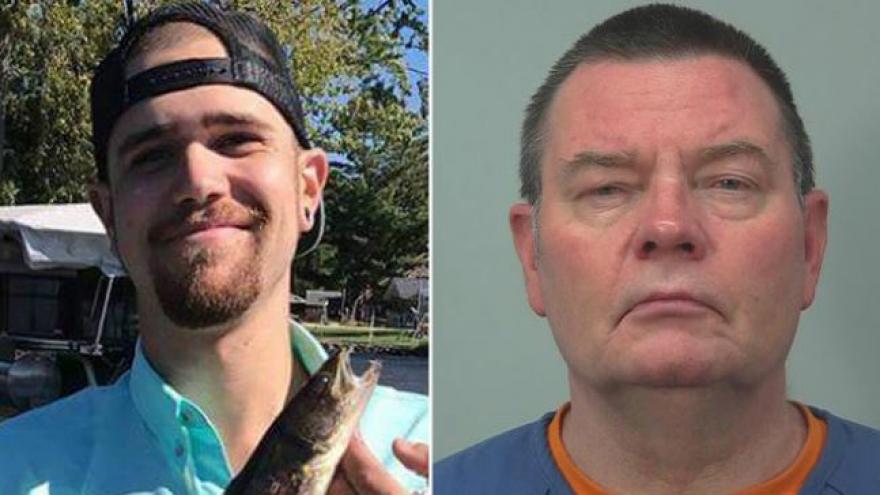 MADISON, Wis. (WISC) -- The man accused of shooting and killing a Sun Prairie man said he was lucky he had his gun because he was being attacked with a sickle and a metal pipe, according to court documents.

Obtained search warrants reveal that there may have been an altercation before Daniel C. Lieske shot and killed 21-year-old Jesse Faber.

During a second interview, Lieske apologized for lying to detectives about the killing of Faber. He said his attorney had advised him not to speak with law enforcement officers, but he wanted to "tell the truth."

Lieske told detectives that he had been drinking beer with Faber before the shooting. He said they had an altercation in the bathroom, where Faber attacked him with a sickle and a metal pipe.

Lieske told police that he struck Faber in the head and chest with a cane, but he and his girlfriend, Meichelle Goss, could not overtake him. Lieske said he shot Faber five or six times and, at one point, struck a paint can, which caused paint to spill on the floor.

Lieske told police it was a good thing he had his gun on him. In court, Lieske has claimed that the shooting was done in self-defense.

In an interview with detectives, Goss told police that she went to the duplex because she had heard loud noises coming from there. When she arrived, she said she found Lieske standing over Faber with a handgun.

Goss said there appeared to have been a struggle in the bathroom and that the shower curtain was broken. Goss said Lieske told her that Faber had tried to rob the place. She told police that, after she left, she heard four gunshots come from the duplex, and she went back to the residence and saw Faber lying on his side and blood on the carpet.

Goss told police she returned to her residence again and Lieske came back and told her that Faber was dead.

In an interview with police, Goss' mother, Gerrilyn Goss, said that Lieske had called her to say he was "in big trouble." On the phone Lieske said, "I killed him," Gerrilyn Goss told investigators.

Meichelle Goss, told police that after the shooting, Lieske moved Faber's body into a Chrysler van, which he drove to a farm on Missouri Road. Goss followed Lieske in a second vehicle. Lieske left the van with Faber's body in it, and Goss gave Lieske a ride back from the farm.

Goss said that Lieske later transported the body from the farm to his storage unit in Rio. That is where investigators would later find the body after an extensive aerial and ground search.

When investigators found Faber's body in the storage unit, it was wrapped in dark-colored garbage bags and taped with duct tape, according to the search warrants.