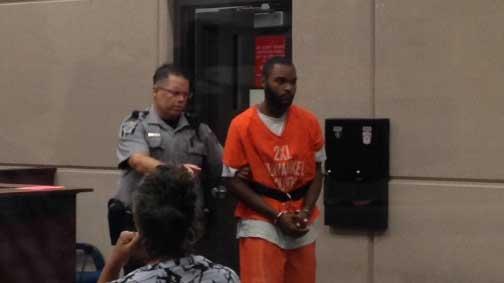 A million dollar bail was set for the Milwaukee Man that is accused of drowning his infant son.

The District Attorney said in court on Tuesday that Sean Flowers intended to kill  his child before he took child from relative  and then went to lake and held it under water for minutes.

According to the district attorney, Flowers told his mother his intentions inside the house.

The district attorney argued he had multiple opportunities to change his behavior.

Flowers has one prior criminal conviction.

The defense argued Flowers has shown a great deal or remorse for what he did.

During the proceeding the judge said this is a serious and unusually strong case.

The district attorney's request for $1 million bail was granted.

Flowers was ordered to have no contact with the mother of the child and the family. Violation could lead to more charges.

The Milwaukee man accused of drowning his infant son has been charged with first degree intentional homicide.

When police told him that he had killed his son, he allegedly showed no emotion.

Sean Flowers asked, “How much time does that carry.”

The couple had been at a party celebrating the death of Flower’s grandmother. The mother of the infant did the splits causing Flowers to packing up the baby’s belongings.

Flowers will make his initial appearance in court on Aug. 11 at 8:30 a.m. for a preliminary hearing.