Scientists discover a new snake and name it after Salazar Slytherin 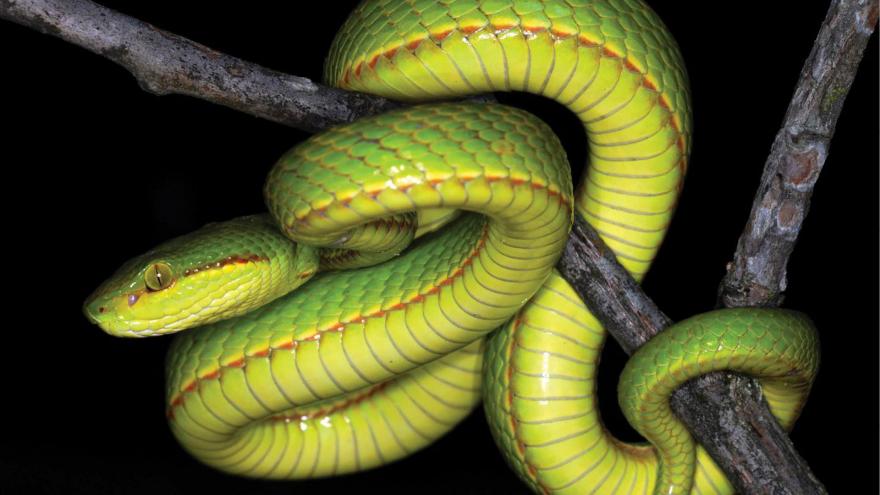 (CNN) -- The fictional world is colliding with the scientific one.

A team of researchers from India, upon discovering a new species of green pit vipers, have decided to name the snake after the one, the only Salazar Slytherin. Their findings were published this month in the journal Zoosystematics and Evolution.

For those not familiar with Harry Potter, a quick history lesson. In a nutshell, Salazar Slytherin was one of the founders of the Hogwarts School of Witchcraft and Wizardry, along with his pals Godric Gryffindor, Rowena Ravenclaw and Helga Hufflepuff.

Along with being some of the most powerful witches and wizards of their time in the Harry Potter world, they're also the namesakes of the four Hogwarts houses.

Slytherin, partly known for his ability to talk to snakes, is linked to the animals -- the snake is, after all, the symbol of the Slytherin Hogwarts house. That's why the researchers chose the name Trimeresurus salazar.

In the research, the team suggests the snake commonly be known as Salazar's pit viper.

The pit vipers in the genus Trimeresurus are venomous, and found throughout East and Southeast Asia. This species was found in India, but there are at least 48 total species of this genus found in the region.

One of the things that makes this particular pit viper stand out, though, is the orange-reddish stripe found on the side of the head in males.

Unfortunately, a spokesperson for Slytherin was not available for comment.