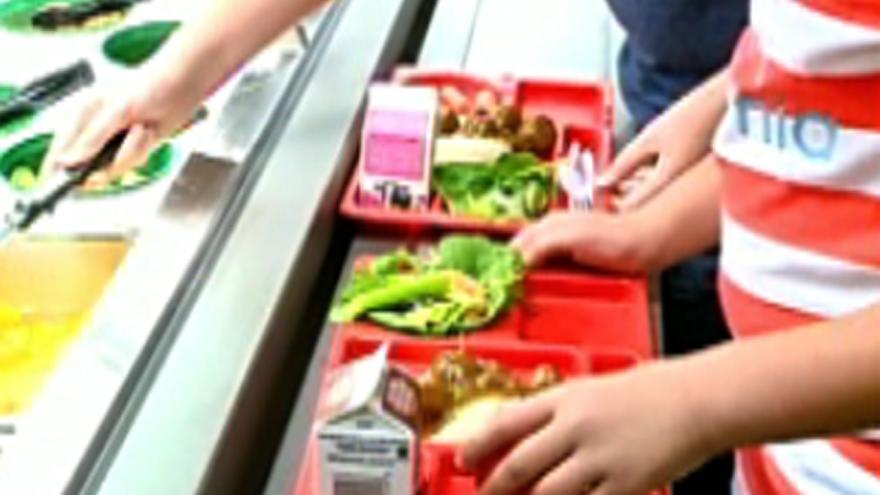 RHODE ISLAND (CBS NEWS) -- A school district in Rhode Island announced this week that students who cannot pay for lunch will receive sunflower butter and jelly sandwiches until they can pay off their debt. One parent said she was outraged after receiving an email from Warwick Public School District about the new lunch system.

Angelica Penta, whose son goes to a school in the district, said she offered $4,000 to pay off students' lunch debt, and that her donation was turned down.

Penta told CBS News she started raising money to pay off school lunch debt last year, after hearing about a girl being "lunch shamed" in one of the schools. Penta, who owns two restaurants in Warwick and West Warwick, Rhode Island, eventually raised $8,000 in donations from customers.

She gave $4,000 to West Warwick schools in January, but the district denied her donation. "Basically they said they denied it because they didn't want to choose which student got the donation," she said. "I told them to evenly distribute it."

The school district told her some parents might be too prideful to accept the donation, so they refused it.

"The [school district employee] I spoke to said kids were still going to get their meals," Penta said. "But then we received this email."

The email from Warwick Public schools informed parents "if money is owed on a paid, free, or reduced lunch account, a sun butter and jelly sandwich will be given as the lunch choice until the balance owed is paid in full or a payment plan is set up through the food service office."

Penta shared a screenshot of the email on Facebook and said she was outraged she was led to believe kids would still get hot meals from the school. "After I got that email, I got really upset and said, 'I have to make this public,'" Penta told CBS News.

"I get where they are coming from," Penta wrote on Facebook. "They don't want parents getting upset if their child's lunch gets paid for [by someone else], but if they are going through hard times they may need help."

Penta said she offered the school several solutions, but they were all shut down. In the meantime, she encouraged those in school lunch debt to reach out to her directly, so she can help pay off debts on an individual basis. She now has over $13,000 in donations waiting to be used.

"There is no need for any child to be denied a hot lunch," Penta wrote. "We never know a child's or their families' situation, everyone struggles at some point." She believes the email, which was sent to the entire school district, may have made some parents and students feel ashamed.

The restaurant owner wants to start a nonprofit organization to help other towns and cities pay off lunch debts in the future. As of now, her fundraising method is simple – she is collecting money in jars at her two restaurant locations.

CBS News reached out to Warwick Public Schools for comment and is awaiting a response.