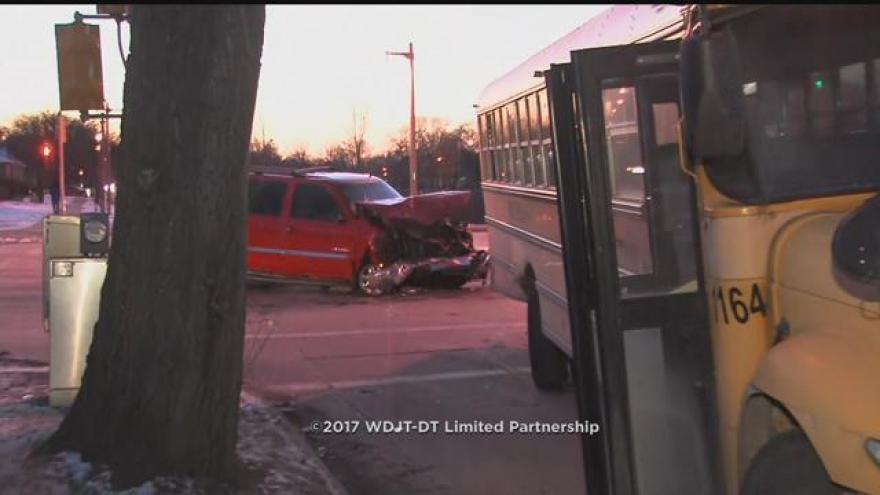 UPDATE: Children’s Hospital has received some of the children that were involved in an accident involving a school bus and another vehicle. The hospital has assessed 16 patients and none are currently in critical condition.

ORIGINAL: A school bus was involved in a crash that left nine injured on Thursday afternoon.

According to Milwaukee Fire Department, the incident happened around 3:46 PM at Sherman Boulevard and Congress.

The school bus collided with an SUV.

Milwaukee Police Department is responding to the scene.