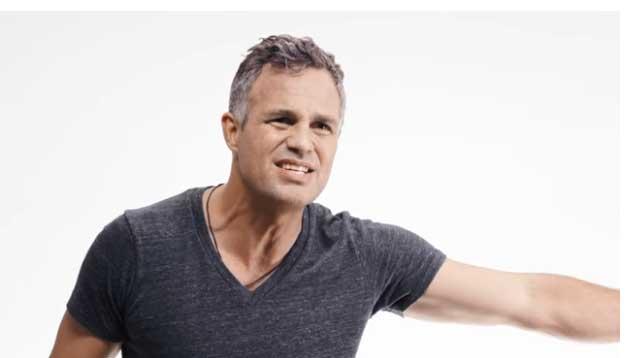 (CBS NEWS) Election Day has finally arrived, so Joss Whedon decided to have a little fun with his Save the Day campaign.

After more than a month and 19 videos highlighting issues important to voters in the run up to Election Day, Whedon and his celebrity pals are just looking to have some fun.

To celebrate the end of the campaign, Save the Day released “Unimportant,” a collection of bloopers and screw-ups from the shoot for the campaign’s first video, “Important,” featuring “Avengers” stars Robert Downey Jr., Scarlett Johansson and Mark Ruffalo, along with a slew of other famous faces imploring people to vote.

“If you don’t, I’m going to keep making these videos -- we all are,” Downey threatened. “Because we get off on it.”

Perhaps the biggest revelation of the new video? Evidence that Mark Ruffalo actually acquiesced to demands he film a nude scene if everyone votes.

Since launching in September, the Save the Day campaign’s videos have been viewed more than 87 million times, and the campaign has registered nearly 50,000 new voters.

Check out the video for “Unimportant” -- which has a moment or two of NSFW language -- here and try to enjoy the rest of Election Day.