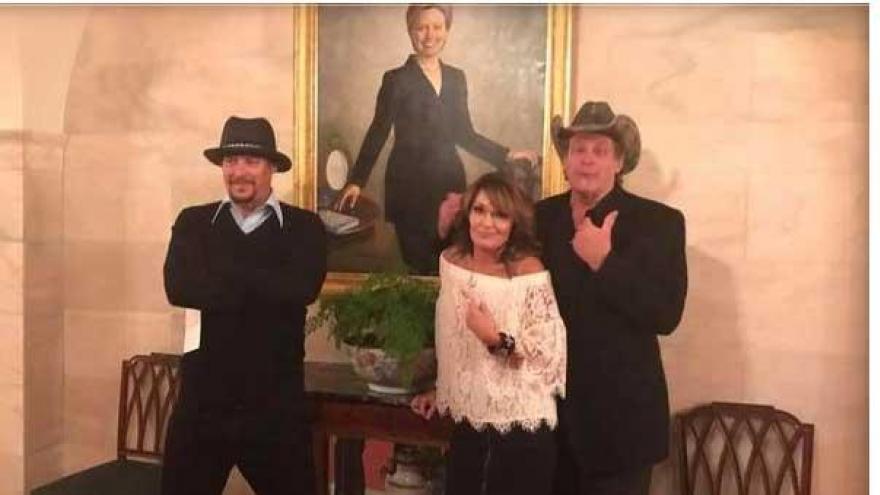 She tweeted about her visit Thursday and then shared photos on her Facebook page.

In another photo, she was seen speaking with Trump’s adviser and son-in-law Jared Kushner.