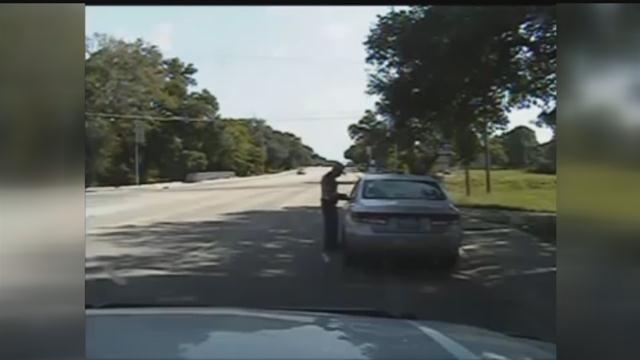 The settlement includes compensation for Bland's death as well as several changes to jail procedures in Waller County, Texas. Bland was found dead in her jail cell three days after she was arrested for failing to use her turn signal in July 2015.

Who was Sandra Bland?

The details of the settlement were finalized Wednesday night, attorney Cannon Lambert said.

Some of the jail procedure changes included in the settlement are:

In addition, "the Waller County judge will be seeking passage of state legislation for more funding for local jails regarding intake and booking, screening and other jail support," the attorney said.

CNN has reached out to Waller County and the Texas Department of Public Safety for comment.

Authorities ruled Bland's death a suicide by hanging, but her family has said she would have never killed herself.

On the same day the preliminary autopsy results were released, CNN obtained a report that showed jail guards violated policies by failing to do timely checks on inmates.

The two-page "special inspection report" from the Texas Commission on Jail Standards does not mention Bland by name, but it was filed on July 16, three days after Bland's body was found in her cell.

A timeline from the Waller County Sheriff's Office said a guard stopped and briefly talked with Bland shortly after 7 a.m., but no one came back to check on her until 8:55 a.m.

The state report notes that there should be a "visual, face-to-face observation of all inmates by jailers no less than once every 60 minutes."

Bland's death also sparked outrage from those who said she never should have been arrested in the first place.

The officer who arrested her, state trooper Brian Encinia, was eventually fired after he was indicted on a perjury charge.