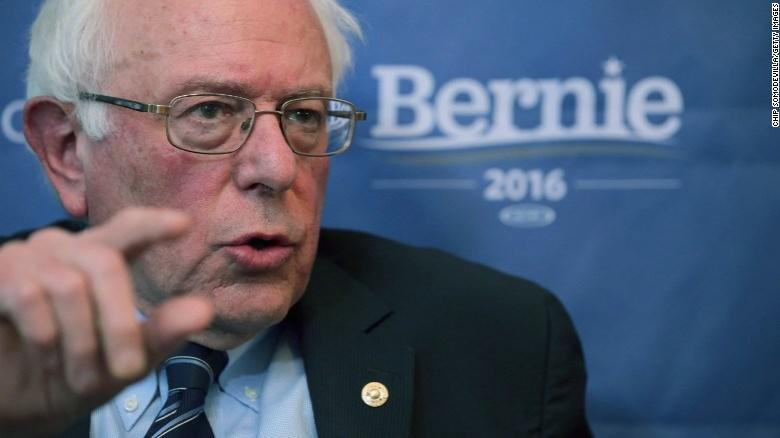 The suspension is a setback for the Vermont senator because the database is a goldmine of information about voters nationwide. Campaigns usually use that data to plot their next moves.

The DNC database keeps the information gathered by different campaigns separated by a firewall.

But the data systems vendor that runs the program dropped the firewall for a brief period Wednesday, during which time the data was accessed.

According to the Sanders team, one staffer has been fired.

"That behavior is unacceptable and that staffer was fired immediately," Sanders' spokesman Michael Briggs said.The New York Times said the staffer was the campaign data director. Searches were run from four user accounts while data from Clinton's campaign was exposed, the Times said. But it's difficult to say what that means, since one person could have had more than one user account.

The Sanders campaign will remain suspended until it provides the DNC with a full explanation of the episode and provides proof that any accessed data has been discarded.

With the Iowa caucuses and New Hampshire primaries now less than two months away, this suspension will likely be an obstacle for the Sanders campaign.

According to DNC Communications Director Luis Miranda, the data systems vendor, NGP VAN, alerted the DNC about the issue Wednesday.

The vendor was instructed "to identify any users who accessed data, the actions they took in the system, and to report their findings to Party and affected campaigns."

The DNC is currently working with the campaigns and the vendor to more fully understand the extent of the breach and to "ensure that this isolated incident doesn't happen again."Briggs, the Sanders spokesman, said this isn't the first time the firewall has failed.

"Our campaign months ago alerted the DNC to the fact that campaign data was being made available to other campaigns. At that time our campaign did not run to the media, relying instead on assurances from the vendor," he said.

"Unfortunately, yesterday, the vendor once again dropped the firewall between the campaigns for some data. After discussion with the DNC it became clear that one of our staffers accessed some modeling data from another campaign."