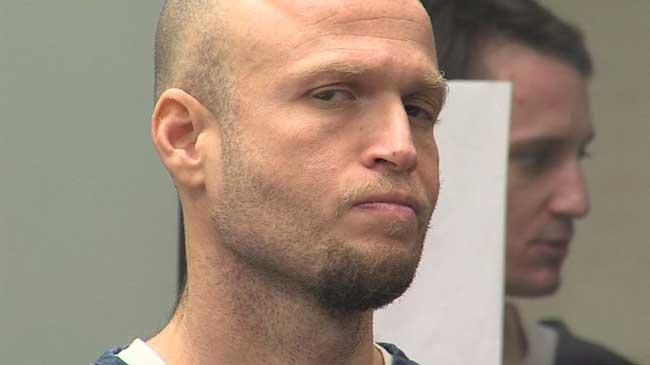 A man accused of brutally killing a Wisconsin woman at a San Diego hotel pleaded not guilty on Tuesday, according to Fox 5 in San Diego.

Jason Bradwell Lewis, 40, was ordered held without bail in the death of 26-year-old Jhordann Reann Rust.

Her body was found by hotel employees on December 15.

On December 12, the victim and her boyfriend checked into the hotel.

Her boyfriend was arrested and jailed for an alleged domestic violence incident the same day.

On December 13, she used her boyfriend’s cell phone to call her mom in Wisconsin, according to the prosecutor.

During the call, the mother heard a struggle and could tell her daughter was being attacked.

The mother called San Diego police, but the victim could not be located.

The victim’s boyfriend was released on December 14, but he could not locate her as well.

On December 15, after midnight, employees at the hotel called 911 after discovering her body in a second-floor communal bathroom area.

Lewis’ fingerprint was found near the body, and in a nearby trash can the victim’s boyfriend’s cell phone and a blood-stained mattress pad was found.

Lewis did not know the victim.

Police said the legs of the bed in Lewis’ room were damaged indicating a struggle.

A large suitcase was found in the defendant’s room and it had blood inside.

Lewis bought the suitcase on December 14 and the prosecutor believes it was used to transport the body.