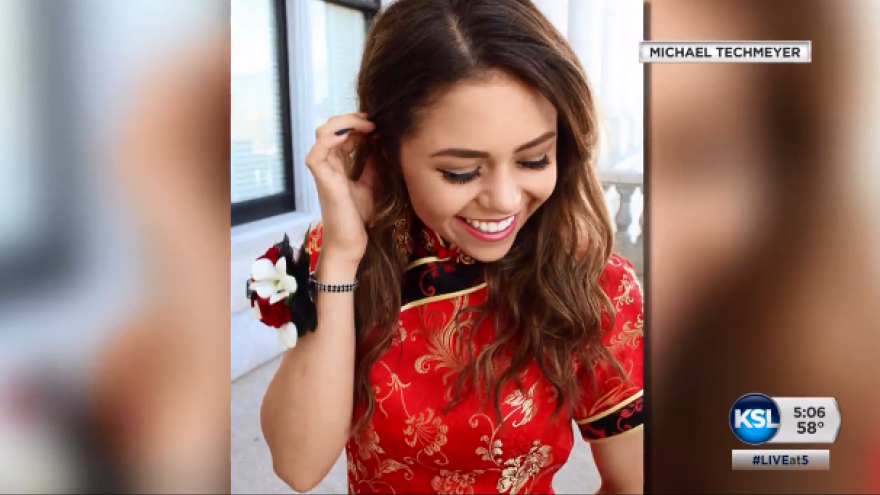 Editor's note: Some of the hyperlinked tweets include profanity. Read at your own discretion.

SALT LAKE CITY — (KSL VIA CNN) What began as a seemingly normal high school prom post on Twitter by a Utah student turned into a national online debate about cultural appropriation.

Keziah Daum, a senior at Woods Cross High, sent out a tweet that just said “PROM” on April 22. It included four pictures of her and her friends posing for prom photos at the Utah Capitol from the night before.

However, she didn't expect that tweet, which had been retweeted more than 6,000 times and liked more than 93,000 times as of Tuesday afternoon, would be the talk of the internet. In fact, it even ended up in newspapers across the globe.

People online took notice of Daum’s prom attire in the photos, a traditional Chinese dress. In addition, one photo also showed the group of girls in what appeared to be a Thai greeting pose.

"There were people who took it the wrong way and it kind of turned," Daum told KSL. "There's been a lot of hate, but there's also been lots of positive (response), which has been really encouraging."

One tweeter, Jeremy Lam, who is Asian, took exception to the post, tweeting, “My culture is NOT your (expletive) prom dress.”

His tweet appeared to spark the debate, and as of Tuesday afternoon, had more than 42,000 retweets and 178,000 likes since it was sent Friday.

Fordham Law School Professor Susan Scafaldi, author of “Who Owns Culture?: Appropriation and Authenticity in American Law,” defines cultural appropriation as taking or using of elements, artifacts or knowledge of a certain culture without that culture’s permission.

“I'm proud of my culture, including the extreme barriers marginalized people within that culture have had to overcome those obstacles,” Lam later tweeted. “For it to simply be subject to American consumerism and cater to a white audience is parallel to colonial ideology.”

Others agreed and also called Daum out for the dress.

However, Daum explained online she meant no harm or disrespect in wearing her dress, which she said she got at a vintage clothing store in downtown Salt Lake City. 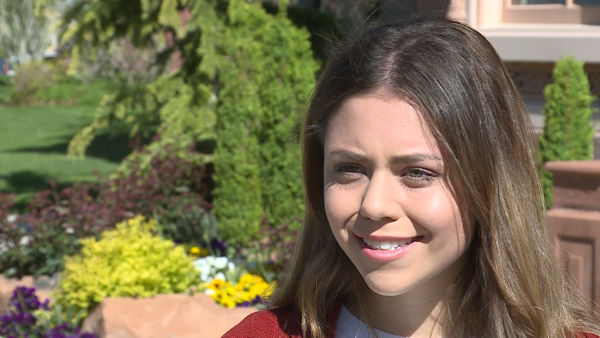 She said Tuesday she saw the dress and immediately thought it was the perfect outfit for her prom. She thought that it wasn't just beautiful, but that the neckline made it much more modest than other options.

She added that the particular pose similar to the Thai greeting bow was actually a reference to a YouTube channel called h3h3 Productions. The channel reacted to the Twitter feud and defended Daum on Sunday. Their video has been viewed more than 2 million times as of Tuesday.

"I guess some might have taken it the wrong way and called out cultural appropriation and it definitely wasn't because my whole intent was to show my appreciation and love for the (Chinese) culture," Daum said, who explained she believes wearing something from another culture for appreciation is much different than if she were trying to mock the culture.

Many others backed Daum's decision to wear the dress, saying it was just a beautiful prom dress and that Daum wasn't being malicious.

Daum said she doesn't regret purchasing the dress and would wear it again, but she did apologize for some of the profane language she used in defending her dress in some of her tweets.

She also appreciated those who have supported her after she was attacked online.

"For every negative comment, there's 100 positive," Daum said. "I've had to look at the bright side of things so I can distract myself from the hate because I know everything was meant for a good intention."