Ryan: 'We are not planning on erecting a deportation force' 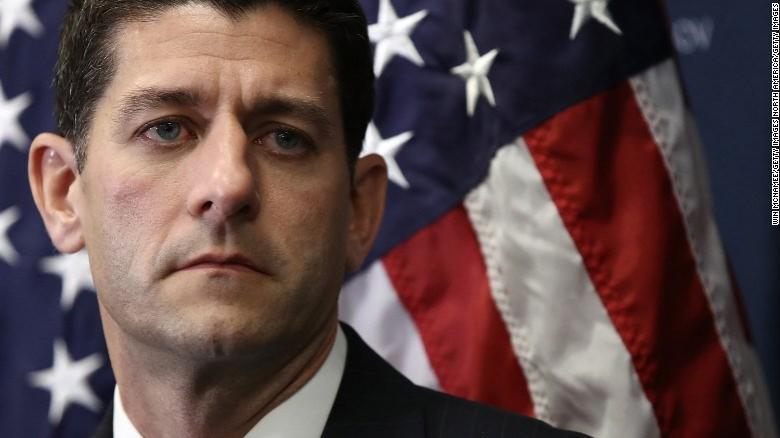 And asked if he'd accept a fence instead of a wall, Trump said: "For certain areas I would, but certain areas, a wall is more appropriate. I'm very good at this, it's called construction." Trump added that "there could be some fencing."

He did not, though, repeat his campaign promise to deport all undocumented immigrants.

He pledged to focus first on deporting those who have committed crimes within the United States -- "gang members, drug dealers ... probably two million, it could even be three million" -- and worry about others later.

"After the border is secure and after everything gets normalized, we're going to make a determination on the people that they're talking about who are terrific people," Trump said.

Ryan deflected questions about whether he'd support Trump's calls to slap hefty tariffs on imports from countries like Mexico.

Instead, Ryan said, he supports tax reforms to address the same challenges "without any adverse effects -- without any collateral damage to the economy."

The House speaker also said he is on board with Trump's call to keep some elements of President Barack Obama's signature health care law.

But he won't commit to mandating insurance coverage of birth control for women at no cost.

"Obamacare is failing. It must be replaced. We're going to do that. We're excited about it ... We can fix what is broken in health care without breaking what is working in health care," Ryan said.

The Wisconsin Republican said he agrees with Trump's comment to CBS' "60 Minutes" that Obamacare's laws against barring those with pre-existing conditions from receiving coverage and allowing those up to age 26 to remain on their parents' insurance can stay in place even as the GOP pushes to repeal Obamacare.

Ryan said the GOP plans to push refundable tax credits that would allow low-income Americans to essentially use those tax credits as vouchers to buy insurance, rather than receiving government-funded Medicaid.

Pressed by Tapper, Ryan said: "I'm not going to get into hypotheticals about legislation that hasn't even been drafted yet."