Russia could be banned from 2016 Olympics after doping report 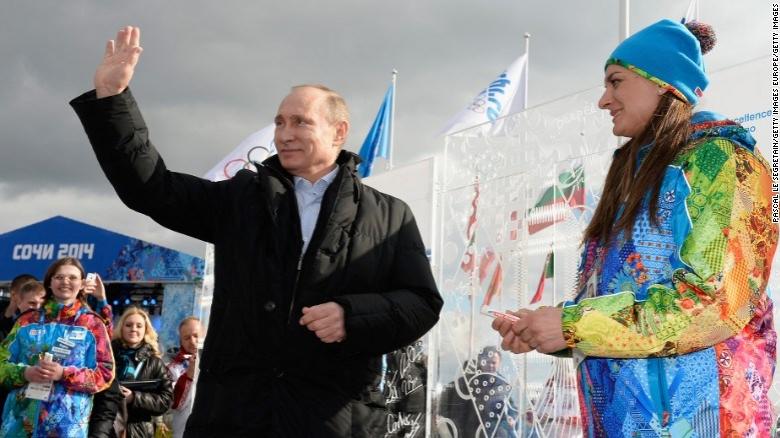 (CNN)Russian track and field athletes could be banned from the 2016 Olympics after an independent report detailed an apparently state-sponsored doping program.

Commissioned by the World Anti-Doping Agency (WADA) and carried out by the organization's former president, Dick Pound, the findings uncovered a "deeply rooted culture of cheating at all levels" within Russian athletics.

Asked if it amounted to state-sponsored doping, Pound told reporters a news conference Monday: "In the sense of consenting to it, there's no other conclusion."

The report says more than 1,400 samples were "intentionally and maliciously" destroyed by a Moscow laboratory even after a WADA plea to preserve them.

It even suggests the London 2012 Olympics -- in which Russia won 24 gold medals -- were "in a sense, sabotaged by the admission of athletes who should have not been competing."

The report also criticizes an "inexplicable laissez-fair policy" adopted by the International Association of Athletics Federations (IAAF) -- the sport's governing body -- and recommends that five athletes and five coaches, all from Russia, be banned for life.Among them are the 2012 Olympic 800-meter champion Mariya Savinova and bronze medalist Ekaterina Poistogova.

"Moscow's anti-doping lab was recently recognized as one of the world's best," added Mutko. "Concerning the abjection of doping test samples, it was WADA's initiative. We will still take into consideration WADA's recommendations."

Pound's report details "corruption and bribery practices at the highest levels of international athletics," evidence of which has been transmitted to the international crime-fighting organization Interpol for further investigation.The fallout from Pound's explosive report could possibly result in the Russian track and field team being excluded from the 2016 Olympics in Brazil.

"For the 2016 Olympics our recommendation is that the Russian Federation is suspended," Pound said. "One of our hopes is that they will volunteer that so they can undertake the remedial work needed.

"If they don't, then it has to play itself out and the outcome may be there are no Russian track and field athletes in Rio. I hope they recognize it is time to change and make those changes.

"If they do the surgery and do the therapy I hope they can get there (Rio). The idea is not to exclude people from the Olympics."

The IAAF swiftly released a statement saying its president, Seb Coe, has taken the urgent step of seeking approval from his organization's council members to issue sanctions on Russia.

"We need time to properly digest and understand the detailed findings included in the report. However, I have urged the Council to start the process of considering sanctions against All-Russia Athletic Federation (ARAF).

"This step has not been taken lightly. Our athletes, partners and fans have my total assurance that where there are failures in our governance or our anti-doping programmes we will fix them.

"We will do whatever it takes to protect the clean athletes and rebuild trust in our sport. The IAAF will continue to offer the police authorities our full cooperation into their ongoing investigation."

Coe said he had asked the Russian Athletics Federation to respond by Thursday to the doping allegations. He said the IAAF's council would then meet Friday to review Russia's response and would discuss the "potentiality of sanctions" against Russian athletes.

Asked whether there was any prospect of Russian track and field athletes competing at next year's Olympics, Coe said he did not want to prejudge the results of Friday's IAAF meeting.Coe had said previously that the allegations, which first surfaced in July 2013 and were subsequently expanded on by The Sunday Times newspaper and German broadcaster ARD, were a "declaration of war."

He assumed the IAAF presidency in August from Lamine Diack, who is under investigation by French prosecutors for allegedly protecting Russian athletes who had failed drugs tests.As well as provisionally suspending Diack's honorary membership on the International Olympic Committee, the IOC described Pound's report as "shocking" and "very saddening."

"In the most recent Olympic Summit meeting we have decided to make testing independent from sports organizations and have entrusted WADA to come up with proposals."

Pound's report was welcomed by the organization that commissioned it, with WADA President Craig Reedie saying it would "shock and appall athletes and sports fans worldwide."Travis T. Tygart, the head of the United States Anti-Doping Agency that brought down disgraced cyclist Lance Armstrong, also applauded the report.

"The evidence released today demonstrates a shocking level of corruption, and sends a clear message to Russia that they will not be allowed to cheat the world's athletes and escape justice behind a wall of deception and lies," he said.

"If Russia has created an organized scheme of state supported doping, then they have no business being allowed to compete on the world stage.

"The world's athletes deserve better, and all who love clean sport must rise up and confront this threat."