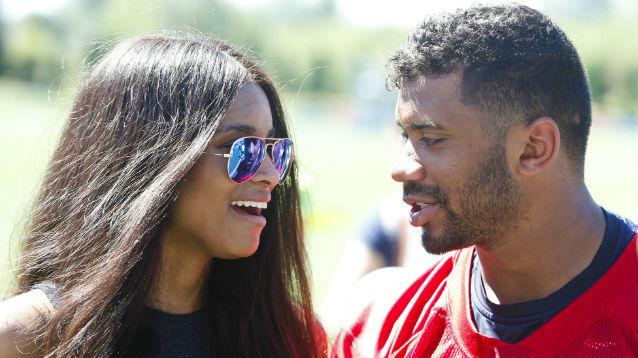 (CBSSports) Seahawks quarterback Russell Wilson and singer Ciara have been dating for nearly two years, and now, based on Wilson's Instagram, the lovebirds are getting hitched:

Wilson said last July that he and Ciara have been practicing abstinence during their relationship.

"So I met this girl Ciara, who is the most beautiful woman in the world," Wilson said at the time. "She's the most kind person, the most engaging person ... I could probably learn some more from her. Everything I could ever want. I will never forget she was on tour, she was traveling and I was looking at her in the mirror, sitting in her dressing room, she was getting ready to go, about 15 minutes before she went on stage. She was sitting there and God spoke to me and said, 'I need you to lead her' ... I told her right then and there, 'What would you do if we took all that extra stuff off the table and just do it Jesus' way?' ... Yeah, we're talking about sex."

So congrats to the (obviously) happy couple -- though the astute gentleman below would like to point out that this isn't the first time Wilson has given away a big ring.