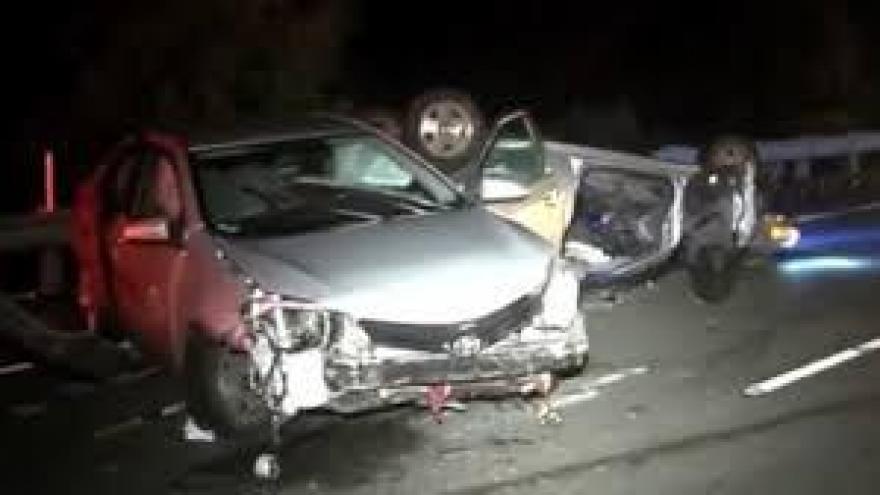 No word yet on any injuries to people, but the bull was killed.

Several cars were badly damaged when they hit the bull around 8:30 p.m. in California’s Contra Costa County.

It’s unclear where the animal came from. A local rancher speculates that stormy weather may have had something to do with it.

“Maybe because of this terrible winter… erosion underneath the fence, the hill slid and the cow got out that way,” said local rancher Nick Compaglia.

“It scares us all to death when they get out on the freeway,” he said.