'Ruff 'month for a dog picked up by tornado and flung 1,000 feet 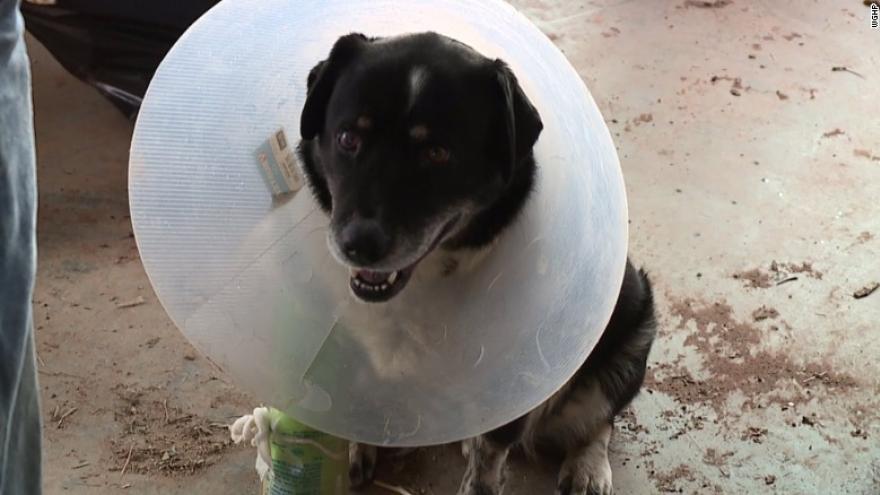 (CNN) It's usually a trip to the vet or a lost bone that marks a bad day for a dog.

But Duke is no ordinary dog.

Three weeks ago, a tornado ripped through Davis County, North Carolina, sweeping up Duke along the way and carrying him almost 1,000 feet from his house.

"(He was) picked up in the mass of the swirling wind," Duke's owner, Lewis Vannoy, told CNN affiliate WGHP. "Tossed just like a rag doll."

Vannoy found 12-year-old Duke in a pasture across the street with a broken leg and a damaged retina, but still very much alive. "He's going to have a full recovery," Vannoy said.

While Duke goes through multiple surgeries on the road to recovery, Vannoy is shifting his focus to finding a new house after the tornado destroyed the one he had lived in for 35 years.

"Thirty-five years to build it, 35 seconds to destroy in," Vannoy said. "Home, barns garage, tractors, lawn mowers, there's nothing here that doesn't have damage on it."

But Vannoy takes comfort knowing he'll still have his furry friend to share it with. "I'll build another house, he said. " We will make more memories."