'So long': Rodgers thanks 'Jeopardy!' team on last episode as guest host 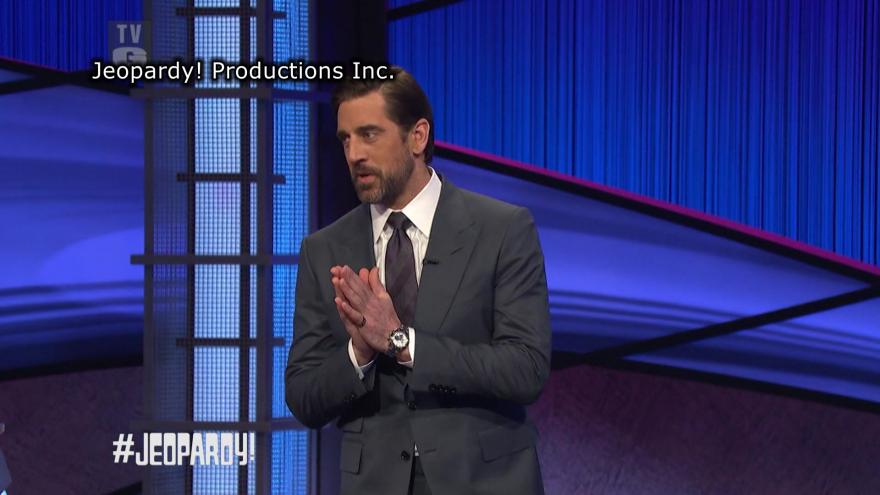 Now he's back to just being the reigning NFL MVP, a future Hall of Famer and a Super Bowl winning quarterback for the Packers.

He finished the show Friday night by thanking the team behind the scenes on "Jeopardy!".

"And to everyone here at 'Jeopardy!,' the crew, the producers, the writers, the researchers, really the entire staff, thank you," he said. "You've made me feel so welcome, this has been a surreal experience and so very special to me. So have a great weekend and in the words of the great Alex Trebek, 'so long.'"

Not only did Rodgers get to live out a dream as guest host, the show donated more than $236,000 to a charity close to him -- the North Valley Community Foundation, which is helping small businesses in Northern California recover from the pandemic.

"As I know now, hosting for two weeks, the most important thing for the show taking off is great contestants. As a host, you're just trying to navigate the three contestants and the viewers into trivia land smoothly, not say anything too stupid and throw in some humor every now and then when it makes sense," Rodgers said.