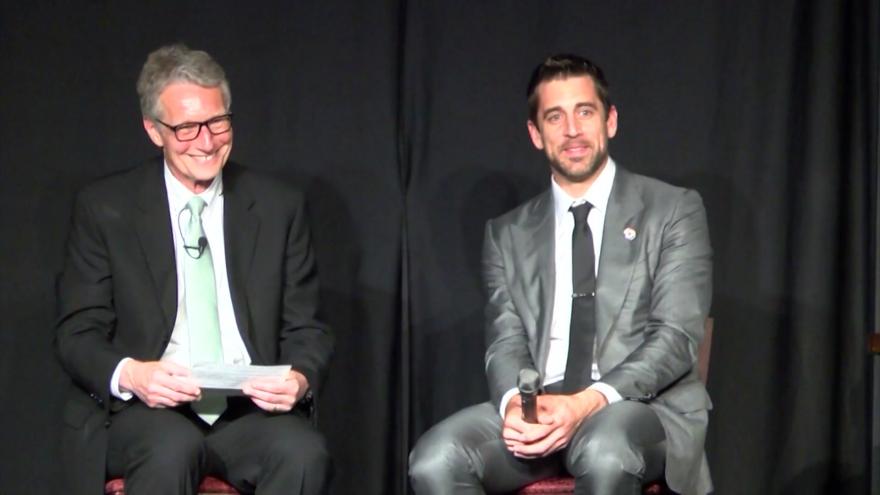 He was at a fundraiser for the organization in central Illinois Tuesday night. Rodgers said he volunteered for the Red Cross when he was a kid.

Rodgers also surprised some Green Bay Packers fans who lost everything twice, once to a tornado and once to a fire.

In addition to meeting their team’s quarterback, he also gave them some Packers gear.