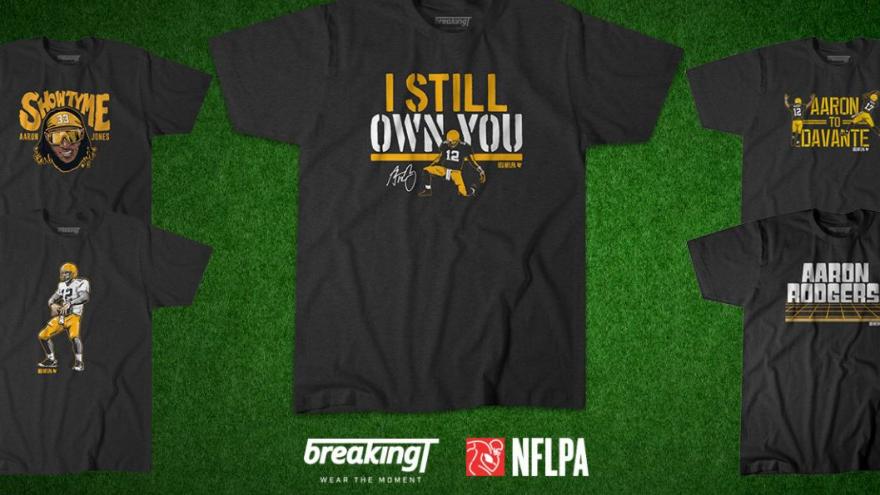 MILWAUKEE (CBS 58) -- Anything Aaron Rodgers says to Bears fans after scoring during a game is likely to be put on a shirt.

During the Packers game against the Bears on Sunday, Oct. 17, which the Packers won, Rodgers told fans "I still own you."

Now, just days later, shirts with the phrase are for sale.

Breaking T Merchandise on Twitter posted a picture of the shirt, which is officially licensed by the NFL Player Association.

And now you can own the officially-licensed shirt ⤵️https://t.co/FZ8PA5jRN5@NFLPA • https://t.co/emVUkf2WYihttps://t.co/yuE5o0tXktpic.twitter.com/FMljyqEW4O

They have shirts and hoodies, and they come in children and adult sizes. They start at $32.