Rock 'N' Roll Memorabilia up for Auction in New York 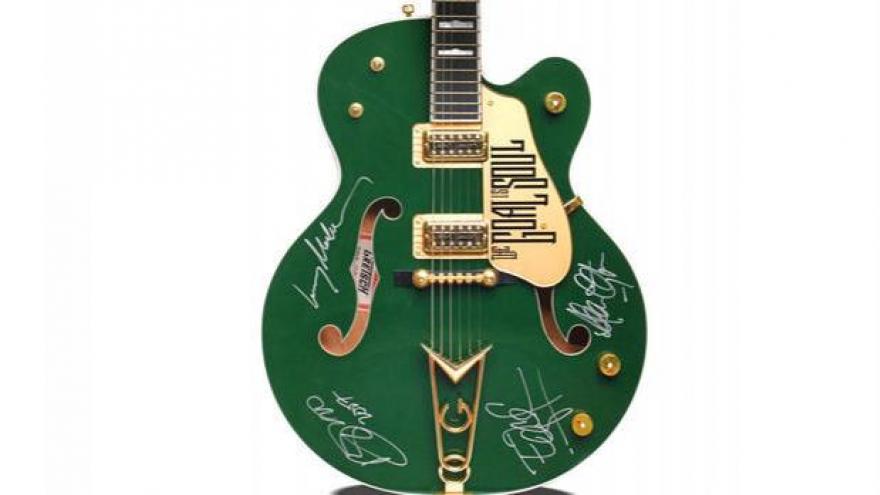 (CBS NEWS) Pink Floyd’s “The Dark Side of the Moon” was recorded at the Abbey Road Studios 45 years ago, and next week – if you’ve got the cash – the audio mixer used in the making of the landmark album could be yours. It’s one of more than 200 pieces of rock ‘n’ roll memorabilia up for auction by Bonhams Auction House and Turner Classic Movies in New York on Monday.

Prince won an Oscar for his score of 1984’s “Purple Rain.” His handwritten notes on the film’s musical changes include a list of the songs featured in the movie.

Meanwhile, fans of David Bowie can get their hands on a number of items connected to the late rock legend, including a series of limited-edition pictures of Bowie from his Ziggy Stardust days taken by famed photographer Mick Rock. You can also find his Swedish gold record for “Let’s Dance.”

Catherine Williamson, who is coordinating the auction for Bonhams, said one of Bono’s guitars has an opening bid of $180,000.

“U2’s Elevation Tour was the top concert draw of 2001, and one of Bono’s Irish Falcon guitars from that tour is the priciest item available,” she said.

Many of the items on the block have connections to the big and small screen, like a leather jacket worn by Joey Ramone in his last film appearance in 1999, and Cher’s outfit worn on a 1980 appearance on the “Tonight Show.” It’s one of more than two-dozen items available related to the pop diva.

Jimi Hendrix was known for his guitar work, but the bidding for a simple wooden recorder starts at $150,000. Hendrix used the instrument in his song “If 6 Was 9,” which was later featured in the counter-culture classic “Easy Rider.”

And who could forget the toga party in the Delta House basement? The jacket worn by soul singer Otis Day in a scene from “Animal House” is going for a starting price of $800.