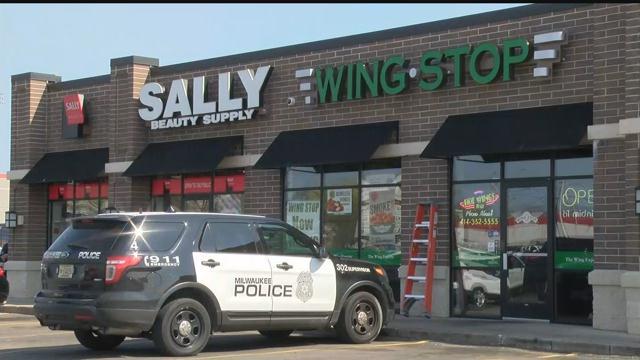 Flagged down in the middle of a robbery - an off-duty Milwaukee police lieutenant shot a suspect who was hitting up a beauty supply store Sunday morning.

That suspect is expected to survive his injuries, according to a MPD press release.

The off-duty lieutenant was notified by an employee and fired his weapon at least three times, witnesses said.

"As soon as I get done finishing the sandwich I heard shots - pow, pow, pow. That's all I heard and then after that everyone just got scared," Javon Bray, employee at a neighboring Subway Restaurant, said.

"A lady in there, she put about 12 of her soccer kids in the bathroom just to keep them safe," Bray said.

The suspect, who has not yet been identified, would make a getaway in a Silver Pontiac. He, however, would not get far.

A tow truck pulled the vehicle away from the intersection of 76th Street and Mill Road. That's near where authorities say the arrest was made and the suspect was treated for his wounds.

"Yeah he actually was there yesterday and she kind of identified him today and noticed that he came back to I guess do another second robbery," Scot said.

The lieutenant who fired his weapon has been placed on administrative duty. Police say he is 48 years old and has been with MPD for 22 years.