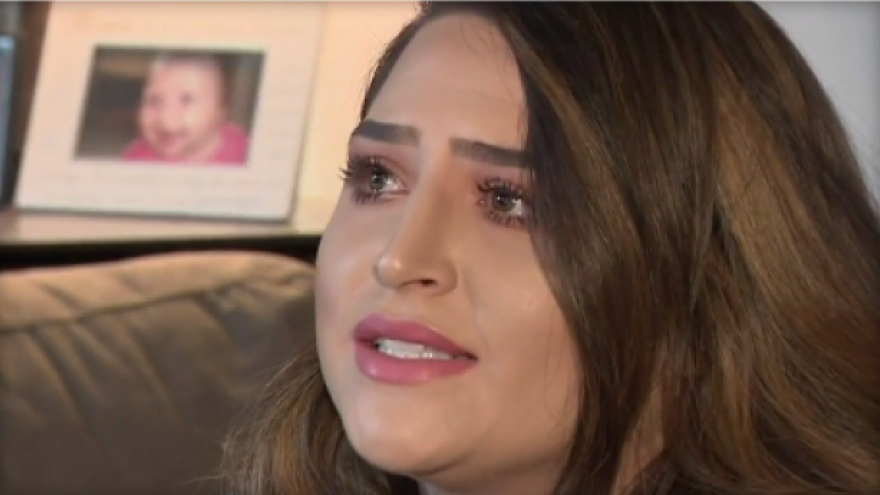 On March 7, Erika Flores' life changed forever. A trip to a store and a fast food restaurant in Long Beach turned into a violent road rage attack down the street.

Her boyfriend of two years, Trevor McCrainney, 22, was killed on the spot.

"He just kept shooting him," Flores cried. "I put my leg up, so he started shooting me."

Flores was shot five times, once in the leg and four times in the chest.

"I have an exit wound here," she said as she pointed out her injury on the right side of her ribs.

A witness captured her on camera as she limped away minutes after the shooting.

A month later, Long Beach police arrested Joseph Jeremy Bronson, 25, on suspicion of murder and attempted murder. He is being held on $2 million bail and is due in court later this month.

Flores said he was just a stranger in front of them at the drive-thru, but a fender bender turned into what they thought would be an argument in a nearby alley. She said it ended with Bronson ambushing them in their car with a gun.

"Basically, you left us to die," Flores said.

Despite her own injuries, she said the loss of her love, her future husband, hurts the most. She had just come back from the army so they could start a life together.

Now, she's trying to imagine a new life and a new future. That may prove harder than when she walked again, just last week.

"People say you're so strong and stuff. But they don't know it's really a struggle," Flores said. "It's hard losing your best friend."