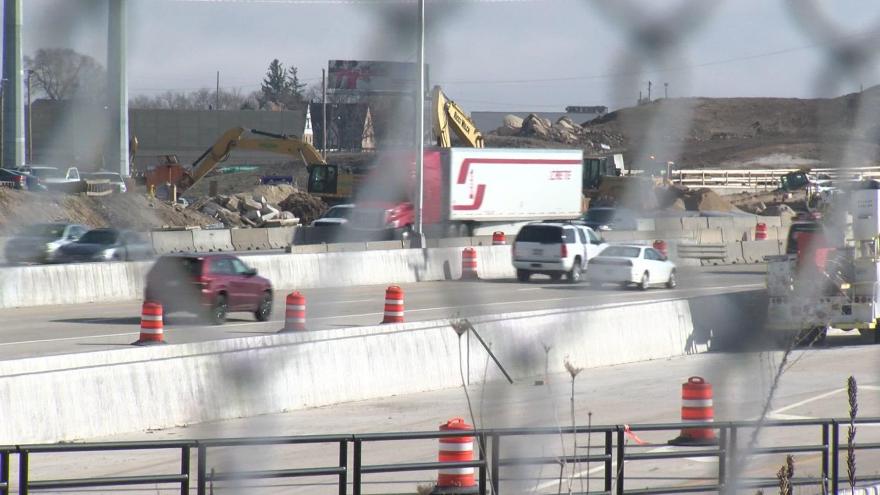 Motorists are  reminded to slow down, be patient, especially in work zones. Click It or Ticket safety belt enforcement initiative continues through June 4

To accommodate heavy traffic volumes expected over the Memorial Day weekend, the Wisconsin Department of Transportation is asking contractors to temporarily halt construction work on many highway improvement projects across the state. While workers will open as many highway lanes as possible, motorists should still allow extra travel time and expect slower traffic in work zones and along major highway corridors.

Construction in most highway work zones will stop by noon on Friday, May 26, and will not resume until 6:00 AM on Tuesday, May 30. Peak travel times for the Memorial Day weekend are expected to occur between noon until 8:00 PM on both Friday, May 26, and Monday, May 29. AAA of Wisconsin expects some 700,000 state residents will travel 50 miles or more on state roadways over the holiday weekend.

“We’ll be pulling back construction barrels and opening as many lanes as possible, but we’re asking motorists to plan ahead, avoid peak travel periods if possible, and expect traffic to slow down or even stop especially in work zones,” said Wayne Chase, WisDOT’s Chief Construction Oversight Engineer. “We need drivers to be patient and focused on what’s ahead of them to prevent rear-end crashes that are common in work zones.”

“We want everyone to reach their destinations safely, but that requires all motorists to do their part by buckling up, being alert and responsible behind the wheel,” said David Pabst, Director of WisDOT’s Bureau of Transportation Safety. “To help prevent traffic deaths and injuries, law enforcement agencies across Wisconsin are watching for unbuckled drivers and passengers as part of the Click It or Ticket mobilization that continues through June 4th.”

Throughout the spring and summer travel periods, the Wisconsin State Patrol will utilize aircraft as part of traffic safety enforcement efforts. The dates, times and locations of many of the aerial enforcement missions are announced in advance on Twitter (@WisconsinDOT, #WisDOT).

Significant road construction projects that may affect highway travel during the Memorial Day weekend include: