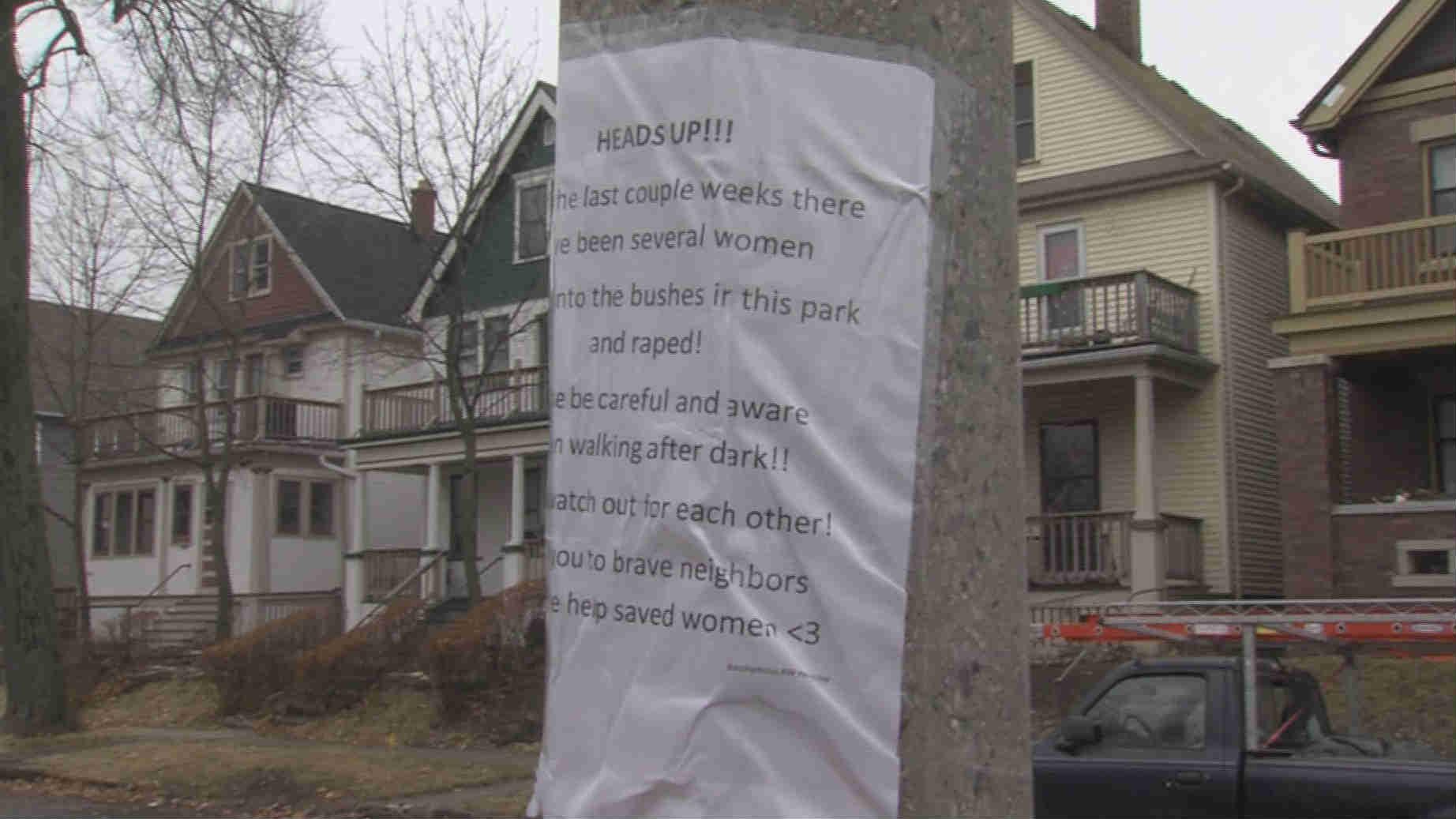 Milwaukee police think they have a suspect for several sexual assaults on Milwaukee's north side.  They arrested him late Sunday night following an attack in Riverwest.

Those screams rattled Fails' quiet neighborhood on Bremen Street Friday night. The nursing student ran outside and found a man dressed in black attacking a woman across the street.

\"He had her pants down and he was trying to get her into the park, out of clear sight,\" Fails said.

The 25-year-old victim fought back and was able to run into Fails' house.  Fails says the woman lost a lot of blood and passed out several times before paramedics arrived.

\"She was in terrible shape, she lost a lot of front teeth, a lot of lacerations to the face, the back of her head was injured pretty bad, she was bleeding profusely,\" Fails said.

Fails' husband and son chased the suspect, who leapt over a fence and got away.  Milwaukee police arrested a man they think was responsible, but Monday, signs taped to posts and trees warned the neighborhood to be careful.

\"That should be an innocent place and that your home is safe and your yard is safe, but you know people are going to violate that,\" neighbor Brenda DelValle said.

\"What she did actually was the right thing, in terms of fighting back,\" Defenseworks owner Wes Manko said.

\"It doesn't give you the ability to levitate and it's not fool-proof,\" Manko said of his classes.  \"What it does offer is some ideas and some concepts on how to better equip yourself.\"

Manko says anyone of any age, size and ability can learn the Systema Russian martial arts he teaches. But sometimes, watchful eyes and caring people can mean the difference between life and death.

Milwaukee police say the victim will recover.  Police have not yet released the suspect's name.