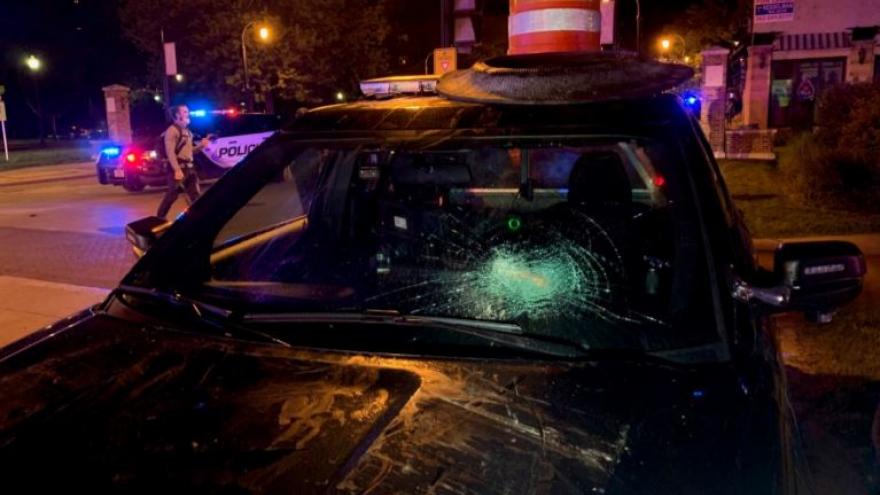 MILWAUKEE (CBS 58) --  Officials with the Village of Shorewood say a rifle was stolen and multiple squad cars damaged during overnight protests Sunday, May 31.

In a press release, the village provided a timeline of events that transpired Sunday evening.

Officials say a group of approximately 1,500 people being followed by 200-300 vehicles approached the intersection of Oakland and Edgewood around 9 p.m.

At 9:50 p.m., the first group of protesters passed Edgewood Avenue and continued north on Oakland. The group was described as "for the most part," very peaceful and friendly.

Around 9:56, according to the press release, a Shorewood squad parked on Oakland and Edgewood was found heavily damaged, and a rifle was stolen from it. 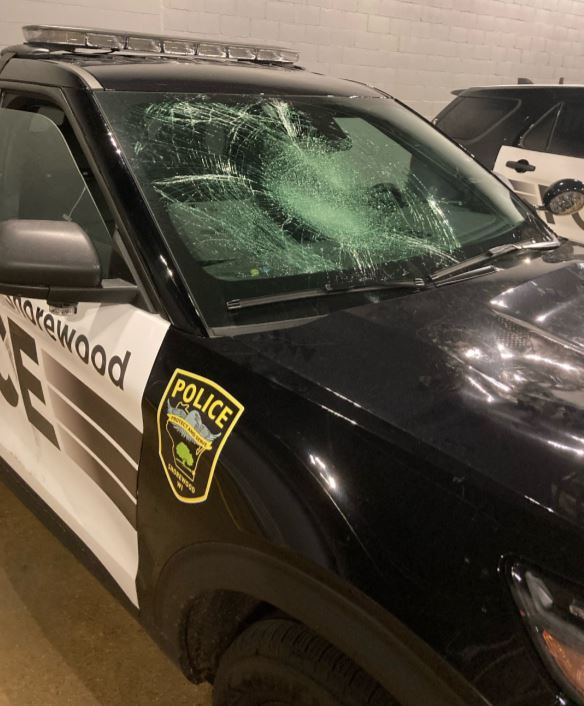 Officials say the squad sustained numerous dents on the roof due to people stomping on the hood, both passenger doors were damaged, door windows were chipped from rocks thrown against them, and the rear driver door was kicked several times.

The release says at the same time, people passing through the intersection began throwing ice bottles, beer cans and other hard objects at officers.

At 9:57, a Shorewood officer was reportedly struck in the back with a half of a brick. Authorities say items were thrown at officers throughout the remainder of the event. The report says officers did not engage with anyone while items were thrown.

At 9:59 p.m., a Shorewood officer at an intersection was approached by multiple vehicles attempting to ram the squad, according to the village. The officer reportedly pulled back from the area to avoid being struck.

Around the same time, it was discovered that a Brown Deer PD squad was extensively damaged at Edgewood and Oakland. The release says numerous people poured about four bottles of liquor on the top of the squad while yelling "light it up! Torch it!" However, officials say no fire was started.

While the group was traveling on Menlo between Maryland and Downer, officials say police noticed a man holding an unlit Molotov cocktail in one hand and pointing at officers, while yelling. The report says traffic moving east on Menlo Boulevard were driving over lawns and sidewalks.

Around 10:17 p.m., three armored vehicles arrived to the area of Oakland and Edgewood along with MCSO, Milwaukee TEU and MIRT teams, and made about ten arrests in the City of Milwaukee.

Officials say around 12:29 a.m., approximately 100 cars began traveling eastbound on Capitol Drive on both east and westbound sides of the road -- at "extreme speeds" without any headlights illuminated. The vehicles made a U-turn upon seeing squad cars near Capitol and Humboldt and continued westbound.

Officers were later deployed to Glendale to assist with similar instances at 1:42 a.m. and 2:27 a.m. on Silver Spring and Milwaukee River Parkway. Authorities say a vehicle was set on fire at Heiser Ford around 2:34 a.m. North Shore FD responded and put out the fire. No suspects were located.