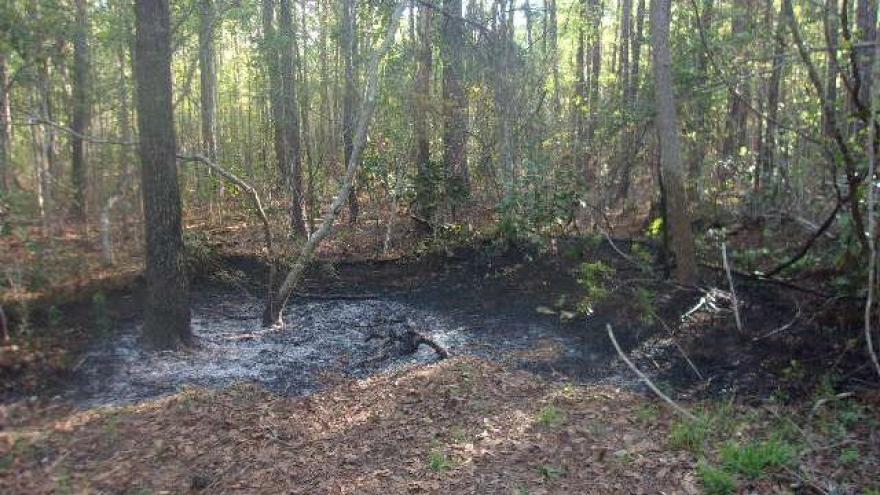 The reward for information that leads to the arrest and conviction of the person or persons responsible for killing a dog and setting it on fire in Awendaw continues to increase as deputies follow up on leads.

Coastal Pain Care in North Charleston confirmed Thursday it has added $1,000 to the reward fund.

Debi Boies, founder of Landrum-based Pilots N Paws, said she is donating $500 to the reward fund.

Combined with a reward from the Humane Society of the United States announced Wednesday afternoon, that brings the total reward to $7,500.

Deputies were called to the front gate of the Center for Birds of Prey on Highway 17 North Tuesday around 5:30 p.m. after the animal and grass around it were found engulfed in flames, according to Charleston County Sheriff's Maj. Eric Watson.

“That’s really tragic, and odd how a dog and the grass would be on fire,” Johns Island resident Amanda Millard said. “I’m thinking some sort of accelerant, gasoline or lighter fluid might be involved.”

The Awendaw Fire Department helped put the fire out, according to an incident report.

“Somebody has burned a dog… it’s still burning,” Jim Elliot, Director of the Center for Birds of Prey, said in a 911 call to dispatchers. “I know it’s got a chain on its neck from what I can tell, and I saw some kids walking away when I drove up. I don’t think it’s something we look like we should ignore.”

Deputies say Elliot described the kids as four boys, two girls, between the ages of 12 and 15. The report states they were walking away from the scene across a field by the dirt road.

“I knew when I was coming up, I wasn’t too particular about cats, but dogs… my brothers used to love dogs,” said Mable Blake, of North Santee. “It’s so horrible to hear about such things like that, for a young person to do.”

Only one photo from the crime scene was released to the public by the Sheriff’s Office because of how graphic the incident was.

In the photo, you can see an area of ash next to some trees.

It appears the dog was dragged down the road by tight-fitting chains and then set on fire, an incident report states. A chain was found wrapped around the dog’s muzzle, torso and legs.

“There’s a problem with people’s morality when things like this happen,” Hardwick said. “There’s no excuse for it.”

The dog was sent to Columbia for a necropsy.

Deputies with the animal control unit were in the area Wednesday following up on leads to this case.

This case comes weeks after the state sentencing hearing for William Dodson who will serve five years for taping Caitlyn the dog’s snout shut with electrical tape in 2015. Dodson pleaded guilty last year to those charges.